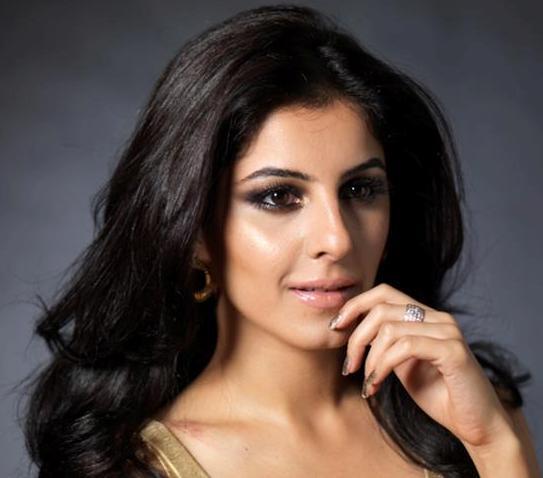 Isha Talwar, the 'Thattathin Marayathu' fame is quite popular among the Malayalai viewers. She hails from Mumbai, Maharashtra, India and was born to the veteran film actor Vinod Talwar, who works as a director and executive producer for Boney Kapoor in Bollywood. Isha completed her schooling in Mumbai itself and then she joined at the St. Xavier's College, Mumbai in 2008 for a graduation course.

Apart from studies, Isha Talwar is a trained dancer as well. In the year 2004, she joined at the Terence Lewis's dance school (School run by the choreographer Terence Lewis) to learn various art forms such as ballet, jazz, hip-hop and salsa. She then became a tutor at the dance studio. She has also done a music video 'Aaja Aaja' with Hrithik Roshan for the reality show 'Just Dance' competition. Isha Talwar is also a model who has done many ramp shows and has appeared in more than forty commercial ads. Some of her popular ads are the ones for brands like Pizza Hut, VIP Skybags, Vivel Fairness Cream, Dulux Paints and Dharti Fairness Cream.

Isha started her career as a model. In the year 2000, Isha got an opportunity to do a minor role in the Hindi film "Hamara Dil Aapke Paas Hai", directed by Satish Kaushik. Aishwarya Rai played the female lead role in this movie and Isha appeared as her sister (Preeti's sister). It was not a prominent role, hence Isha remained unnoticed. It was actually in the year 2012, Isha Talwar made her debut through a Malayalam film "Thattathin Marayathu", directed by Vineeth Sreenivasan, son of renowned actor Sreenivasan. In this movie Isha appeared in the female lead role as 'Aisha Rehman'. Aisha, who was born into a typically Muslim family fell in love with a Hindu boy Vinod (Nivin Pauly). Vinod calls her 'Ummachikutty', the incidents in their life is the twist in this movie. This romantic movie was a huge success and it was wholeheartedly accepted by the youth of Kerala.

Isha Talwar, for whom the language Malayalam was not familiar had to struggle a bit during this project. Somehow she was able to overcome all the difficulties and to bring out the best in her. Isha enrolled herself for a course to learn Malayalam and she has undergone a four month voice training class as well to ensure that her debut movie will be excellent. She did get fruitful results for all the her hard work from her part. Isha, even though a non - Malayali was accepted by the Malayali viewers through her first film itself. She also did receive a couple of awards for her outstanding performance as Aisha Rehman. Moreover, she is know by her character throughout the state.

In 2012, Isha Talwar's second movie was released. The movie was named "I Love Me", directed by B. Unnikrishnan. This Malayalam film had Unni Mukundan, Asif Ali, Isha Talwar and Anoop Menon in the prominent roles. Unfortunately the film was a below average one and remained unnoticed at-least by the majority of the viewers. In 2013, Isha Talwar entered Tollywood through the movie "Gunde Jaari Gallanthayyinde", directed by Vijay Kumar Konda. In this movie, she played the role of 'Shruthi', whom Karthik (Nitin) loves. This movie was declared successful at the box office. Isha was able to get fans from Tollywood as well after the release of this movie.

The year 2013 is special to Isha due to one more reason. That is, she tried her luck in Kollywood as well. Her debut Tamil film is "Thillu Mullu 2", directed by Badri. This comedy film has Shiva and Isha Talwar handling the male and female lead roles respectively. In this movie, she gave life to the character 'Janani'. Isha was successful in her Tamil venture too. The movie was an above average one with more of positive reviews.

Isha Talwar has acted in South Indian films but has not got a good offer from Bollywood so far. But she has been a part of the 2010 Hindi serial "Rishtey (season 2)" telecasted in Zee TV. She has just appeared in one episode, Episode : 68 "Itni Chhoti Baat, Itni Lambi Raat". There is nothing to worry as she has a long way in front of her and many more good opportunities will come her way.

Isha Talwar, who has put forward outstanding performance in her first movie became the favorite of audience, hence she was nominated for many awards. The awards received by her are listed below. All these awards was received by her in 2013 for the film "Thattathin Marayathu".