Kerala gives you a heavenly feel which makes us very relaxed because it is fully surrounded by plantations. The nearby mountains present a spectacular view. There are also some waterfalls, trekking paths for adventurous traveler. Another thing around Thrissur is the Amusement park which is most likely by every stage of people. Silver Storm Amusement Park is the amusement park located in Thrissur. 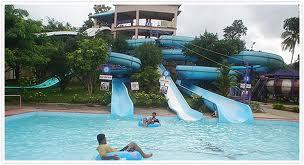 Silver Storm Amusement Park has 40 land water based rides. The park features a wide variety of attractions including some rides, water rides, a musical fountain and laser shows which is reality shows. Silver Storm Amusement Park has a full-fledged riddance floor with a twist electrically controlled rain showers. Some of the attractions have been introduced for the first time in Silver Storm Amusement Park is Go-Karting, Popular Himalayan Rallies and Flying Dutch man a group of planes that takes on through an 29 feet height. Other Attractions for kids are surf hill, Kiddies free fall, Hara Kiri, wild body ride, Mamma Aqua Dance, Bombing Boats etc. It uses solar heated water for all its pools during winter.Its features conference facilities for up to 1000 persons and features 5 restaurants with a total seating capacity of 1150.it also comes with locker system First aid and Paging system also available.

Silver Storm Amusement Park is one of the only 2 amusement parks in India to implement all attractions and components are maintained accordingly to be at great standards provided to be a safety measure. Almost every ride is maintained with more safety and water processes are recycled every now and then. The park has a water quality control laboratory to monitor quality levels used for different purposes.

Silver Storm Amusement Park is getting into the process of setting worldwide and it is going to be set in many other cities since it gets good response from people and their kids.

Vismaya Amusement Park is situated near Taliparamba in Kannur. The park run and developed by Malabar Tourism Development Co-Operative Limited. It is situated near to the famous Muthappan Temple in Parasinikaddavu. Read here more details.

Wow!. This is a lovely place to be in one's leisure time. The park is a good and reliable one from the picture I saw here. It is really a tourist attraction.