Varuna Shetty is an Indian film actress primarily concentrating in the South Indian film industry. She made her acting debut in 2013 in the film industry by acting in first International Tulu movie titled Nirel. This film will be released in the year 2014. In the last one year, she has also forayed into Tamil and Malayalam movie industries. Her maiden film in the Mollywood is Rasam. In the Tamil movie world, her debut was in the film Manal Naharam. This film will also be released in the year 2014. Before marking her presence in the movie world, she was associated with the modeling world. The Malayalam language film is set in the backdrop of a marriage happening in Dubai. This film is all set to get released in the year 2014. The topic of the Tamil language movie is relevant to the present context when many Indians working in Arab countries are forced to come back with a bleak future. 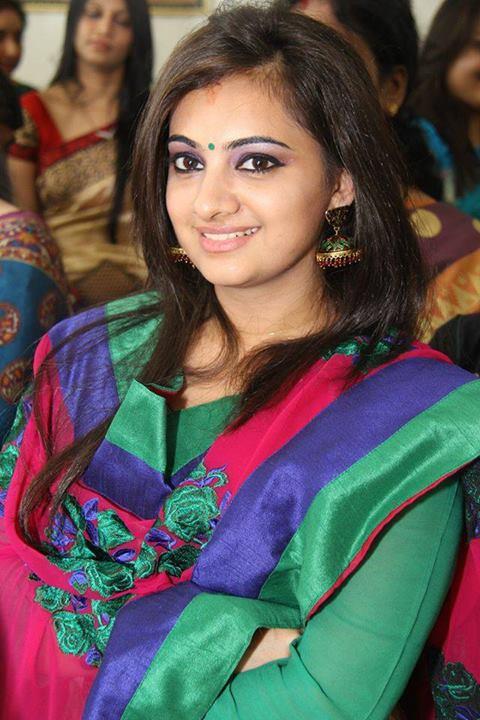 Varuna Shetty was born into a well-to-do Hindu family in a small village hamlet near Mangalapuram in the state of Karnataka. She had her formal education in a reputed school near her place of birth. After her formal education, her family moved to Dubai where she spent the rest of her life, before becoming active in the film industry. After successfully completing the formal education, her parents enrolled her in a better school so that she could continue her studies without any break till her 12th standard. This school had all the required facilities and teaching resources to impart quality educations to the students. Properly utilizing the resources, young Varuna started to learn her lessons well. In fact, she was able to do her SSC exams well. As a result of this, she got good marks and grades. She continued in the same school and completed her plus two course as well.

While she was with this school, Varuna Shetty was actively participating in various cultural events that happened in her school premises. Whenever she participated in such events, be it mono act or drama or dance drama, she drew appreciations from her peers and the teachers. In fact, one of her teachers, gave her the required guidance to learn Indian style of dancing, as she had the right body shape and gait to become a good dancer. The other plus point in her was the near perfect facial expressions that depict different human moods. Because of all these positive inputs, she grew in confidence and started learning the dance from her school teacher first. Later, she trained herself under established masters of the art.

Accomplishment as a Dancer

With the help of her teacher, Varuna Shetty learned about her talent in dancing. She was told by her teachers that she could express her moods powerfully through her eyes and face. In fact, as told by the teacher, these traits help a person to become an accomplished dancer. She also had the nice body shape and gait to add beauty to her dancing. All these factors helped her to draw laurels whenever she performed dancing before the selected audience. This aspect of her dancing was observed by her teacher when she was giving one of her performances. Initially, she learned the basics of dancing from her school teacher. Later, she got herself trained under the able tutelage of the accomplished masters of the art. With each passing day, the confident dancer in her grew. When she was doing her plus two, she started doing the performances before the selected audience, outside the four walls of her school.

Initially, Varuna Shetty had the stage fear and nervousness while giving her dance performances. But over a period of time, she could overcome these negative qualities to become a confident dancer. This enabled her to do performances at different venues across the state of Karnataka. One of the Varuna's dance performances was accidently watched by a reputed director from the Sandalwood. He got so impressed with her performance that he decided to recommend her name to Ranjith Bajpe, a reputed Tulu language film director. This was how she got herself a place secured in the South Indian film industry.

Association with the Tulu Film Industry

Varuna Shetty forayed into the world of Tulu language cinema when she accepted an offer from Ranjith Bajpe to act in an upcoming movie. The name of this talented actress was suggested to him by a Sandalwood film director who happened to see one of her dancing performances. The maiden film in which the young actress acted was titled Nirel. The shooting of the film occurred in the year 2013. The film is expected to hit the screen in the year 2014. The film was jointly produced by Shodhan Prasad and San Poojary under a film banner. The story of the film is based on a Kannada script titled Nadu Naduve, written by Karthik Gowda. This Kannada script was translated into the Tulu language by the director himself to make a movie on it. In this film, she acted alongside Anoop Sagar, Deepthi Salian, Sachin Padil, Deepak D' Silva and Rajendra Pai. The music of the film is scored by Abhishek S.N. According to the words of the movie director, this film will be a family entertainer. The music of the film will be captivating for the audience.

Association with the Malayalam Film Industry

Varuna Shetty also got an offer to act in a Malayalam language film titled Rasam. This is a Mohanlal-Indrajeeth starrer movie based on the lives of traditional chefs and their culinary delights. In this movie, she plays the role of a daughter of an industrialist. At the fag end of the movie, the character portrayed by Varuna ultimately marries the character enacted by Indrajeeth. In this movie, the young actress co-stars with Mohanlal, Inderjeeth, Nedumudi Venu, etc. The shooting of the film took place in the year 2013. The film has already entered into the pre-release processing stage. The movie is expected to hit the silver screen in the year 2014. The film was mostly pictured in Qatar and Dubai. In this movie, Mohanlal plays a prominent role. However, the chief protagonist of the movie is Inderjeeth Sukumaran. The love interest of Inderjeeth in this movie is Varuna Shetty. The director of the movie is Rajeev Nath.

Association with the Tamil Film Industry

The young actress Varuna Shetty also has got a chance to act in a Tamil movie last year (2013). The maiden Tamil movie in which she featured is titled Manal Naharam. This film explores the lives and predicaments of the people who go from the country to Arabian countries in search of a better livelihood. The story of the movie is shot mostly in Dubai. The movie also deals with the friendship and romance. The director of the movie is Oru Thalai Ragam Shankar. This movie is made as a bi-lingual film. This film's Malayalam language version will be shot after seeing the outcome of the original version in Tamil. The shooting took place in the year 2013. The film is now getting prepared for its release in the year 2014. In this film, she shared the silver screen with the actor such as Prajin Padmanabhan, Tejaswini Prakash, Gautham Krishna, Vinod Kumar, Jaise Jose, etc. The producer of this film is M.I. Vasantha Kumar. Incidentally, the producer has written the story for this movie, based on a real time story he happened to hear. The music of the film is composed by Renil Gowtham. According to the words of the director of the movie, the movie will be touching the important topic of migration to a foreign country, in light of the Swadeshi movement taking place in different Arabian countries, jeopardizing the jobs and future of many expatriate Indian workers staying there.

Varuna Shetty is an upcoming movie actress who has marked her presence in the South Indian movie industry. In the last year (2013), she forayed into three different language film industries. She got the first breakthrough in the Tulu movie field when she signed up to act in a film titled Nirel. When she was acting in that film, she got another offer to act in a Tamil movie Manal Naharam. The director of the Tulu film is Ranjith Bajpe. On the other hand, the director of the Tamil movie is Oru Thalai Ragam Shankar. The young actress was blessed with more offers in the year 2013. In that year, she also teamed up with the ace movie director Rajeev Nath to act in the Malayalam language movie Rasam. All these movies will be released in the year 2014. Till the movies hit the screen, the fans of the young actress are keeping their fingers crossed. Before making big in the film world, Varuna had made her presence felt in modeling industry where she participated in various modeling events and earned herself much deserving name and accolades. She is also an accomplished dancer. She has given her dance performances in different venues across the state of Karnataka and different cities in the Arab world.

Vinay Forrt malayalam actor profile and biography is given here. Vinay Fortt is an upcoming actor from Kerala. He has acted in a number of films across all the regions in the country. He forayed into the world of cinema after spending a lot of time in the theatre. He sharpened his acting acumen by associating with different theatrical movements in Cochin City. He molded his career well by suitably taking specialties that helped him to improve his acting skills.

Srinda Ashab malayalam actress profile and biography is given here. Srinda Ashab is the upcoming actress in the South Indian movie industry. She has acted in both Malayalam and Tamil language films. Before making her accidental entry in the field of acting, she was part of the technical crew that made some of the finest movies in the Mollywood. She also had a fruitful association with the modeling industry. Her debut film in the Malayalam movie industry was 22 Female Kottayam.