Every year, the state government organizes festivities marking the Onam festival, which is the state's harvest festival. There is also a legend associated with this harvest festival. It is widely believed that the Demon King Mahabali visits each household in the state to see whether his subjects are living happily or not. Due to this reason, all Keralites make it a point to show off in their own humble ways that they are well off. It is said that Malayalies normally last remaining penny to be happy before their beloved King Mahabali who wanted to see his subjects happy. Thinking on these lines, even the state government wanted to see some festivities happening during this festival. To this effect, the government conducts week-long celebrations in the state capital wherein a total of 5000 or more performing artistes showcase their soft skills before the audience. The people of the capital city can visit various venues dotted across the Trivandrum city to enjoy the cultural programmes. 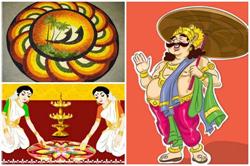 The most popular venues at which the cultural fete has been organized this year are Nishagandhi Auditorium, Poojappura Ground, Central Stadium, Vyloppilly Samskrithi Bhavan, Shankhumukham Beach and Museum Hall. The government has earmarked a fund of Rs. 3 crores for this extravaganza. The week-long celebration was kick-started at the main venue Nishagandhi Auditorium with the music performance by a team led by Sudeep and South Indian nightingale K.S. Chitra. The opening event was also marked by the dance performance of reputed danseuse Rajesree Warrier. The week-long celebration is organized by Kerala Tourism Department to showcase the culture of the God's Own Country. The week-long celebrations would be wound up with the grand procession showing various aspects of Kerala, both cultural and daily life-based. As part of the festival, a stretch between Kowdiar and East Fort has been illuminated with lights. 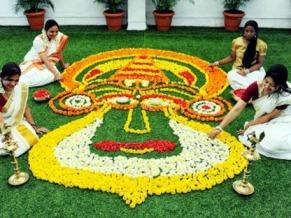 As part of the festival, various venues hosted different cultural programmes. People from the state capital visited these venues in large numbers dressed up in colourful attires to enjoy them. The venues and programmes hosted by them are listed below. 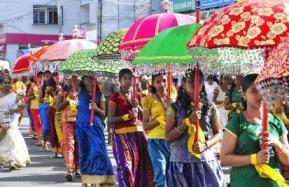 Every year, the official tourism week celebrations would be organized by the Kerala Government. The main reason for this week-long celebration is to attract the tourists from across the country and abroad to the Kerala State and showcase its culture and natural resources. The government had earmarked about Rs. 3 crores for this purpose. As part of the celebrations, many professional artistes from various cultural genres were allowed to participate. A total of about 29 venues was set up to showcase the culture of Kerala. The itinerary of various events in these venues was rolled out in advance to let people know about them. The hallmark of the inaugural event was the music program by Sudeep and K.S. Chitra. The troupe accompanying them gave a befitting backup for their songs. The event officially came to a close with the grand pageantry of all the cultures of the state on August 31, 2015. The festival revellers had a ball of a time enjoying various cultural fetes that were in store for them. The children were pampered to the extent possible by the child shows and amusement park as part of this official tourism week celebrations this year (2015).