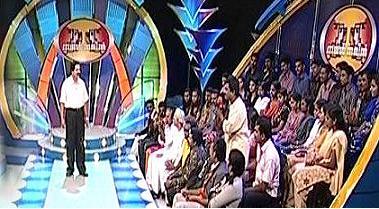 Nammal Thammil is one among the most popular talk shows in malayalam television. In 'Nammal Thammil' everyone participating in the show gets a chance to express there views on the topic discussed. A wide variety of topics are discussed in Nammal Thammil, like condition of roads in Kerala, Kerala lottery, astrology, politics etc. This show has already completed more than 640 episodes and is continuing its journey. The anchor of this talk show is R.Sreekandan Nair and he is also the vice-president of Asianet. The 'Nammal Thammil' talk show is telecasted in Asianet on every Saturdays at 10 PM.

Anju Joseph from Kottayam is one among the finalist of Idea Star singer season 4. Read more about Anju Joseph and watch and download photos and videos of Anju Joseph.

It is a very good programme to understand each other and shairing their visions of various subjects.