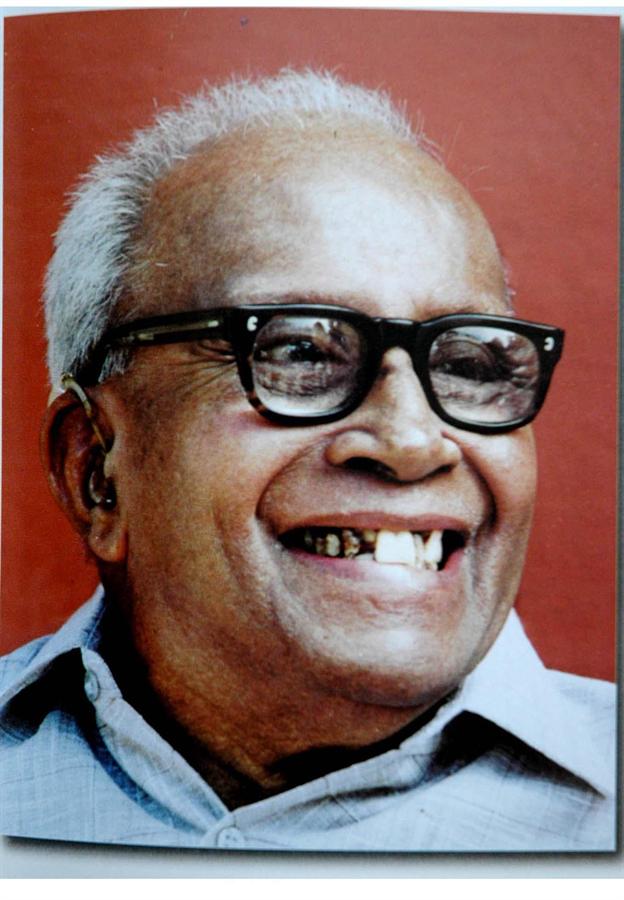 E M S Namboodiripad was a famous Indian Communist Leader and first Chief Minister of Kerala, popularly known as EMS. He was renowned as a socialist and a Marxist theorist. On 5th April 1957, he became the leader of the first democratically elected communist government in the world. He authored several books in English & Malayalam. Chintha Publication published all his books under the title, 'E M S Sanchika'. He was a well-known journalist. E M S Namboothiripad married Smt. Arya Antharjanam and had two sons and two daughters. EMS died on 19th March 1998.

On 13th June 1909, EMS was born as the son of Parameswaran Namboodirippad, at Elamkulam, Perinthalmanna taluk, Malappuram. During his early years, he was fighted against the casteism and conservatism that existed in the Namboothiri community. That days, he became the active member of Valluvanadu Yogaskshema Sabha, an organization of progressive Namboothiri youth. In his college life, he was associated with Indian National Congress and Indian Independence Movement. Apart from these activities, he was a good writer and author of several literary works.

During the period 1934 to 1940, he became elected as all India Joint Secretary of Congress Socialist Party, a socialist wing within the Indian National Congress. He was also elected to the Madras Legislative Assembly in 1939.
He was one of the founders of the Communist Party of India (CPI) in Kerala because of his socialist activities and his compassion towards the downtrodden working class people. On 1962, Sino-Indian war, he was stood among the leaders who aired China's view on the border issue. During 1964, in the CPI split, EMS stood with the Communist Party of India (Marxist) (CPI(M)) and also became the member of the Politburo of the CPI(M) until his death.

E.M.S was one of the architects of "Jeevat Sahitya Prastanam" in Kerala. Later it is known as Purogamana Sahitya Prastanam. ( Progressive Association for Arts and Letters). Apart from E M S, Other architects of this Progressive Association were Kesari Balakrishna Pillai, Mundasseri, K. Damodaran and M. P. Paul. Even though Kesari was one of the visionaries of Progressive Movement of Arts and Letters of Kerala, later serious difference of opinions emerged between Communist Party activists and other personalities, namely Kesari and Joseph Mundassery. In that period, E.M.S famously called Kesari as "Petit-Bourgeois intellectual" and he corrected it later. EMS also tried to acknowledge some of the earlier misconceptions of Communist Party with respect to Progressive Literature and Arts movement. This controversy is called as "Rupa Bhadrata Vivadam", which is a milestone in the growth of Modern Malayalam Literature.


During 1957, the first time communist party elected to state government and E M S Namboothiripad became the first Communist leader anywhere elected democratically. And also he was elected as the first Chief Minister of Kerala on 5th April 1957. E M S government introduced the Education Bill and Land Reform Ordinance. In 1959, EMS government dismissed by Central government, which invoked the controversial Article 356 of the Indian Constitution later known as 'The Liberation Struggle'. In 1967, EMS became the Chief Minister of Kerala for the second time as the leader of a seven party coalition which including the Muslim League.