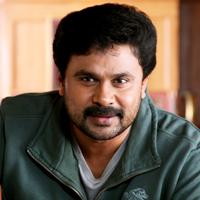 The hit pair UdayKrishna-Sibi.K.Thomas is penning the screenplay of Mr.Marumakan. The recent scripts from them continues with the winning streak. So we expect Mr.marumakan will be a successor in this series. Dileep currently in the sets of Orma Mathram, directed by Madhu Kaithapram, will join the sets of Mr.Marumakan in March. The shooting of the film is supposed to be start in the second week of March. We will update more details about Mr.Marumakan in the coming days.

As per the latest news, the universal star Mohanlal will appear in double role in the multi-starer film China Town directed by Rafi Mecartin.

Malayalam Actress ananya who is now the new sensation in Kollywood with her stunning performance in Seedan and Nadodigal, will make her debut in Bollywood with Madhavan. Read more to know the entry of Ananya in Bollywood.