About Emke Group and Mr Yusuffali

Mr. M A Yusuffali is the Managing Director of Emke Group and ranks among the top most and influential NRI Business personalities in the recent days. The Emke Group has diversified into many significant aeas under his dynamic stewardship. He has an astute business vision and a strategic mind to help him through the ambitious growth plans for the Emke group and ensured that they come through. He has a team of good people who share his drive and dynamism. 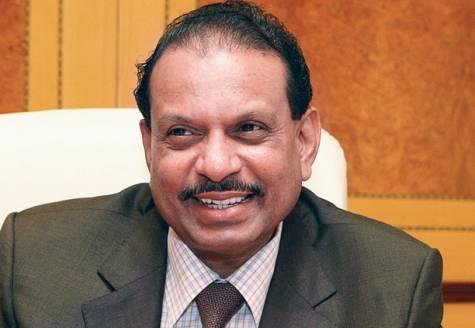 Emke Group has headquarters in the city of Abu Dhabi, the capital city of United Arab Emirates. The Emke Group is very well known in the Gulf Region. They have chain of popular Shopping Malls, Supermarkets, Hypermarkets and other Department stores which serve the multi-ethnic residents in the gulf region, namely Lulu chain of outlets, Al Falah Plaza and Emirates General Market. Emke Group have a formidable position in retailing and is ably supported by the integrated network of import, distribution and whole-sale marketing operations, other than the cross-continent network of outsourcing operations.

Feathers in Mr Yusuali's cap as an astute businessman

Not only with business management and involvement, he is equally active on the social life and associated with various other organizations. He has been conferred Padmasri award in recognition of his distinguished services in the business ans industry, by the President of India, in the year 2008. Mr Yusuffali was the first NRI from the Gulf Region to get the ward from the Indian Government.
Mr Yusuffali has been very closely involved with social, charitable, humanitarian activities in the Gulf and in India as well. He played a vital role in keeping the communal harmony among the NRIs in the region and also fostering their interests.
His dedicated efforts have secured cremation ground facilities for the hindus in the Gulf countries. He has also arranged through his close contacts and associations with the Gulf authorities he has been able to arrange for the building of churches for the Christian community. His proximity with the local government authorities had paved the way for strengthening the bilateral ties between the two countries.
Yusuffali has always tried to bring in investments and the expertise to India and that too to Kerala, the international airport in Kochi with private participation. He is a director on the board of the Kochi International airport.
Lulu shopping Mall, another project Mr.M A Yusuffali has brought in to Kerala, has come with a commercial tower exclusively for Aviation & Airlines industry, 5 star hotel by Marriot Hotels and 3000 car parking etc.

NowMr M A Yusuffali has been chosen to mediate with TECOM. On 31 st January al Tayer, Dubai International Financial Center (DIFC) governor, is visiting Kerala to discuss the matters on the Smart city project . On February 2nd Ahmed Humaid Al Tayer is said to have a scheduled meeting with the state government of Kerala to salvage the smart city project.

Mr.Yusuffali, who has been appointed by the government of Kerala as a mediator for this issue, was speaking to Emirates 24|7 after 30th January 2011 meeting with Al Tayer. Mr.Yusuffali said that he was very confident that the issues will be resolved very soon and the project would become a reality in the near future. It is said that an understanding has been reached between both the parties, Tecom and the state Government, to allow freehold rights over 12% of the land earmarked for the project Smart city.
The team is expected to fly out to Kerala in a special chartered flight to discuss the matters further. According to Mr. Yusuffali the meeting was very constructive and he is hopeful that the disputes will be sorted out by Wednesday.
If the project Smart City comes through and becomes a reality this will be another feather to Mr M A Yusuffali's cap.