2011 March is going to be a great month for all film loving Malayalees. There are three big budget films to be released in the month of March. It's not only the budget of the films,but the star cast in each of the three films make 2011 March an exciting month for film lovers in Kerala. The first film to be released in this March is Christian brothers. Then August 15 on March 25 and Urumi on March 31. There's one more multi-star film to be released in the first week of April- China Town. Let's have a look at the first three films and wait for the clash of super stars with superb films.

Christian Brothers has been in news from the day on which it was announced. The film is very very special for every Mollywood film lover in every aspect. Christian Brothers is the second multi- star film to be directed by veteran director Joshiy after his super hit multi-star film Twenty-twenty. Joshiy has combined the performance of Mohanlal, Suresh Gopi, Dileep, Sarath Kumar, Lakshmi Rai, Kavya Madhavan, Kaniha, Lakshmi Gopalaswami, Sai Kumar etc in this film. Christian Brothers will be a family drama with twists and exciting turns fromtime to time. The film is penned by none other than Udayakrishna-Siby K. Thomas team, who were behind the story of Twenty-twenty too. 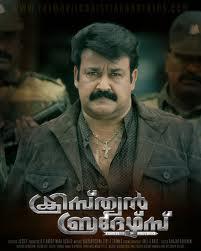 Synopsis of Christian Brothers
Christian Brothers says the story of Palamattathu Varghese Mappila's family. Palamattathu Varghese Mappila is a retired Captain of Indian Army and has very high dreams about his two sons- Christy and Joby. But both of them goes in the wrong path. Christy becomes a highly paid informer centred at Bombay. Joby falls in love with a lady while he's studying for theology. Lakshmi Rai is casted against Mohanlal in the movie. Kavya plays the role of the daughter of a Kerala Minister and is the lady love of Dileep in Christian Brothers. Lakshmi Gopalaswami and Kaniha are the two sisters of the big brothers. Sarath Kumar is the villain of the movie, according to the reports. He is also centralized at Mumbai but has to come to Kerala to meet Christy again. Christian brothers take you to breathtaking twists and suspenses. Just wait for few more days. The film will be released on March 18th 2011.
Read more about Christian Brothers:Christian Brothers Story, Review and Stills

August 15 comes as a sequel to Mammootty's yestyear super hit film August 1. August 15 is directed by Shaji Kailas and is penned by S N Swami. Mammootty is once again donning the role of detective cop Perumal in this movie. August 1 was directed by Sibi Malayil and scripted by S N Swami itself. It was such a big hit that the film ran more than 150 days in most of the theaters. The shooting of the movie is over and is ready to release on March 25. 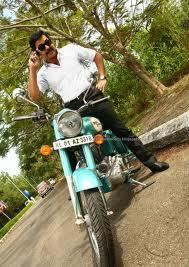 Synopsis of August 15
August 15 is also about a murder attempt and Perumal's investigation to it. Mammootty will be seen in a special style in the movie. Perumal uses a bullet as his one and only one vehicle throughout the movie and won't wear any uniform. Intelligence department of the state gets a message saying that Chief Minister of Kerala will be murdered on August 15. Perumal, the best Intelligence Officer is appointed to investigate on this threatening message. August 15 moves through the thrilling action sequences accompanied with breathtaking investigation from Perumal. Lalu Alex and Thalaivasal Vijay are doing the roles of Superior officers of Perumal in the movie. Shwetha Mohan is a press reporter in August 15.

Urumi- the Boy who wanted to Kill Vasco de Gama

Urumi is yet another big budget film to be released in last week of March. Urumi is an epic film from Santhosh Sivan. The film is going to be the second big budget film in Mollywood after Pazhashiraja. The film will be released in three languges across the world- Malayalam, Tamil and English. Prithviraj is donning the role of a young Keralite- Chirakkal Kelu Nayanar who wanted to kill Vasco de Gama on his visit to Kerala. 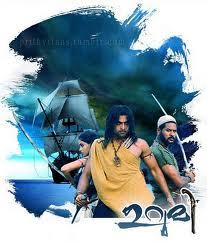 Synopsis of Urumi
The story of Urumi takes place in the 16th century, when Vasco de Gama visited Kerala. It's the story of a troup who wanted to Kill Gama. The troup is headed by Chirakkal Kelu Nayanar. Chirakkal Kelu Nayanar has support from Ayesha of Arackal and his close friend Vavvali. Urumi is going to be the first Mollywood film of Genelia D'Souza. Tamil young superstar Arya is also doing a role in the movie. Vidya Balan is casted as a Makkom in the movie. The report says that there's a item song of Tabu in the movie.