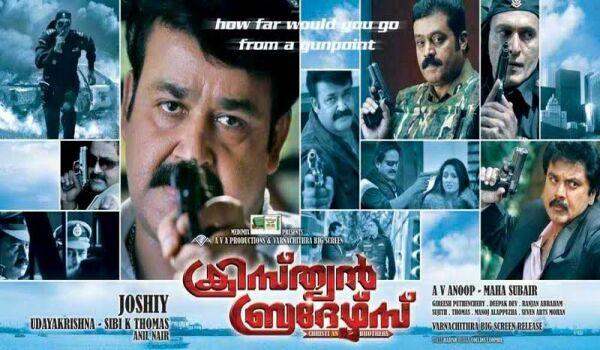 The long wait for the fans of Universal star Mohanlal is now over. One of the most expected film of the year is released worldwide today with bumber opening. Christian Brothers, the multistarrer film from the veteran director Joshiy has Mohanlal, Super Star Suresh Gopi, Family Star Dileep and Tamil Star Sharth Kumar in pivotal roles along with a huge star cast including Sai Kumar, Biju Menon, Vijayaraghavan, Jagathy, Suraj Venjaramood, Salim kumar, Babu Antony etc. There are also four heroines in the film including Kavya Madhavan, Lakshmi Rai, Kaniha and Lakshmi Gopalaswamy. Only big star presence will not help a film to be a success. Here, the most wanted script writers of the Malayalam Film Industry again comes up with the senior director Joshiy after the megahit Twenty-Twenty. Did the combination worked out in this film too ? Let us take a look at the whole movie and then you can see a clear picture of the verdict and rating of Christian Brothers.

Don't expect a freshness in this section of the film. Malayalam Film Industry always go for old wine in new bottle. Same happens here. But the script writers tries to add some freshness to the story telling by including some current topics such as land mafia. More than story, they concentrated on dialogues uttered by the superstars. There are so many dialogues in the film, just for the fans, but are good too. The punch line "Haroharoooo" is going to be a hit among youth in Kerala. 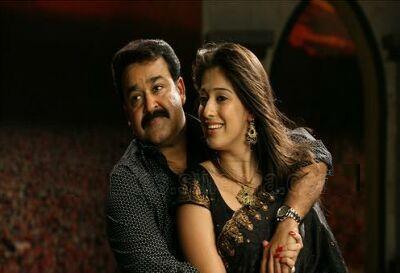 Christian Brothers tells the story of Christie (Mohanlal) and his younger brother Joji (Dileep). Christie is an informer of Mumbai police who also settles issues between warring gangs in Mumbai. In Kerala, a kidnapping takes place, so Christie reached back in his home land.Meenakshi, the daughter of the Home Minister (Devan)is kidanapped and Christie reached to solve the disappearance. In flash back scenes, it reveals that Christie is estranged from his father (Saikumar), an ex-army man who had some misunderstandings with the son. With the return of Christie, the film speeds up. In another stand, the life of Joji is alos portrayed. Joji who was sent to Rome to attain priesthood leaves it midway when he falls in love with Meenakshi who was studying in London. Rest of the story not spoiled here. Watch the film Christian Brothers in theatres. 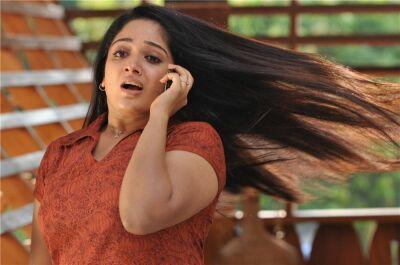 Christian Brothers is in all way a Mohanlal Show. It has all the ingredients for the fans. Mohanlal excelled in the movie with his screen presence and the movie every and each time belongs to him and depends on him. The star looks younger in the film with the awesome dialogue delivery. Suresh Gopi as Joseph Vadakkan repeated his Twenty-20 acting here, but very good. He has some comic situations woth Dileep, all worked well. Dileep has few scenes, but when he is on the screen, hetakes the audience with his witty numbers. Sharath Kumar appeared in a cameo role, but got huge applause. Eventhough, he has only two scenes, his screen presence with the other super stars got clicked. Biju Menon again comes with a natural perfrmance. Sai kumar as the father of Christey, Vijayaraghavan as the enemy of him excelled.

The four heroines have nothing much to do. Kavya Madhvan has given more importance, then Kaniha, Lakshmi Rai and last Lakshmi Gopalswami. The whole story revolves around the kidnapping of Meenakshi(Kavya Madhavan). Lakshmi Rai only appeared in few song sequences. Jagathy comes with a neaty cameo appearance, while Suraj and Salim Kumar tries to take the audience with their funny numbers. Sai kumar as the father of Christie given a commendable performance. The other supporting casts also did their job well.

Songs and Music of Christian Brothers

Although the lyrics penned by Kaithapram are below average, Deepak Dev coming with three good songs. The heroines of the movie each appeared in the song, but didn't find them afterwards except in 1 or 2 scenes. But the songs tastes the smelt of some laetst Tamil and hindi songs. But they are really suits to the festival mood of the film.

Rating and Verdict of Christian Brothers

In this Vacation, if you planned to see a thrilling entertainer, you can book tickets for Christian Brothers now. Go with your family and enjoy 2 and half hours with the show of super stars.