Sreesanth in Indian Team for Finals of ICC World cup 2011 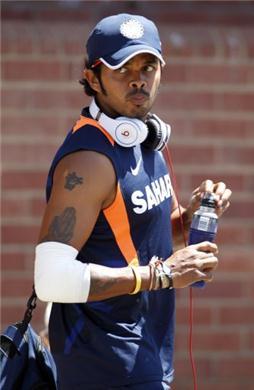 Sreesanth has been outstanding during past two months. His performances were very good against the South African and New Zealand tour. Team India is hoping the best from Sreesanth in the finals of ICC World Cup 2011. We also don't forget that Sreesanth was a big factor for India's win the first T-20 World Cup. His bowling performance was outstanding through out that tournament and is a lucky guy in the Indian team where the win is hiding. So each and every cricket fans are looking for Sreesanth's performance in the finals of ICC World Cup 2011.