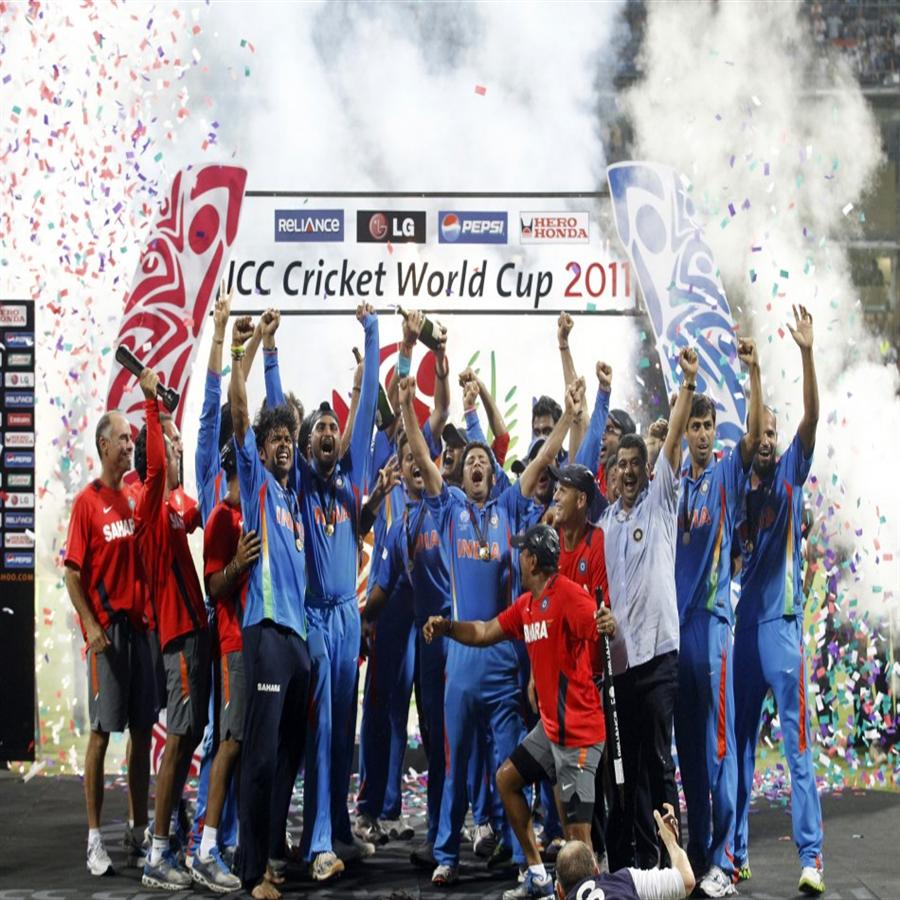 There is a complete difference between the original trophy and the duplicate world cup trophy. The trophy which was received in 2007 by Ricky Ponding was really made of pure gold and silver meanwhile the replica or the imitation one is not made of pure gold and silver. Its very hard to find difference in both with our naked eye. Suspicion over the trophy raised, when the trophy give to the Indian team missed the official logo of ICC and also the logo of the participating teams.

Now the real story begins. The original trophy is said to be under the hands of the customs as the ICC didn't pay the customs duty for the world cup which is about 15 lakhs as per reports. The hot discussion for the day is regarding this issue. Any way the ICC official denied the reports and claims that that the given trophy was the original one. Indian's are really concerned about this recent u turn issue and it hurts the sentiments of 1.21 billion hearts.