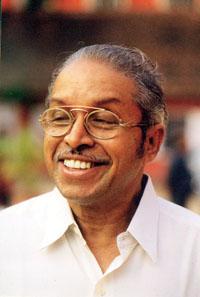 Some of the important poetic works by O .N .V .Kurup

I have already mentioned that O. N. V .Kurup is a lyricist. It should be noted that O. N. V. Kurup was awarded the national film award for best lyricist in 1989 for the film Vaishali. Also he won the Kerala state film awards for best lyricist in the years 1973, 1976, 1977, 1979, 1980, 1983, 1984, 1986, 1987, 1988, 1989, 1990 & 2008. Remember that these Kerala state film awards was given to O. N. V. Kurup for the films Swapna Nadanam, Aalinganam, Gulmohar, Radha Madhavam, Vaishali, Madanolsavam, Manivathoorile Ayiram Sivarathrikal, Nakhashathangal, Aksharangal, Adaminte Variyellu, Ulkkadal, Yagam etc. This popular Malayalam poet was given the Asianet film awards for best lyricist award in 2001 & 2002 for the films Meghamalhar & Ente Hridayatinte Udama.