First Lower division Clerk exam of 2011 is done on 18 may 2011 at Thrissur and pathananthitta districts.he test for Pathanamthitta district residents hold at different centers in this district. Totally 50,055 Candidates were applied at Pathanamthitta district.It is the first examination of kerala psc with online hall ticket. More than hundred candidates wouldn't write Ldc exam due to the absence of Id proof and self attested copy.

The biggest recruitment examination in the history of the Kerala State Public Service Commission (PSC), for which some 15 lakh government job seekers have applied.The staggered written test for recruitment of Lower Division Clerks (LDCs) will run until end-September on different dates for different districts.


The next batch of test will be held on May 28 for Ernakulam and Wayanad residents. For Ernakulam district, 1,40,436 applicants will take the test at nearly 500 centres. For Wayanad district, 36,274 candidates will appear for the test.

In order to be admitted to the test centres, the candidates have to show the admit cards with photos, which could be downloaded from the PSC website with the barcodes provided to each candidate, as well as another personal ID card. 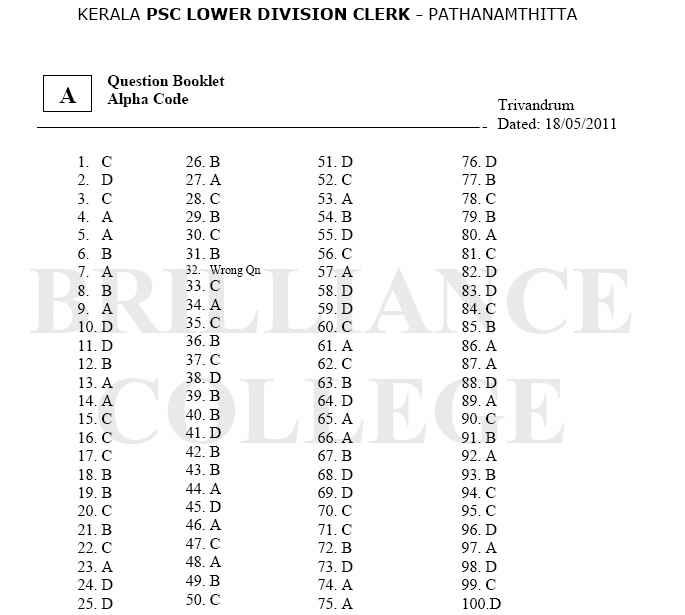 How to prepare for LDC Exam 2011LDC exam is the exam that written by most number of candidates in the world about 14 lakh applicants.Kerala PSC now implemented online application method for Applying various posts.for applying online you must keep the bar code number.After applying you must study the syllabus thoroughly using scientific methods. This article tells the method of studying.

The article is very valuable for me because i am preparing the LDC examination in Kottayam. You describe all the details of the examination. Thanks for the article submission.