Infections caused if contaminated water is used during rainy season 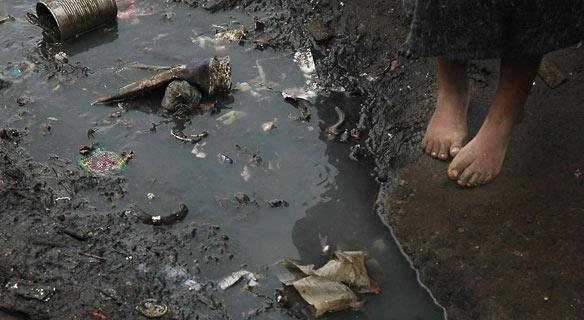 The causative agent for cholera is a bacterium named vibrio cholerae. Vibrio cholarae is a comma shaped bacterium which belongs to the phylum: proteobacteria & family: vibrionaceae. The genus of these bacteria is vibrio. This disease is manily transmitted by the use of contaminated food & water. Actually cholera is a small intestine infection which is characterized by symptoms like diarrheae & vomiting. There will be dehydration in the patient's body. The food & water are mainly contaminated by means of poor sanitation. In general we can say that if the diarrheal discharge gets into contact with drinking water supplies or any other water sources, we can say that water is contaminated. So you may be able to understand the fact that by the usage of contaminated water for many purposes a person gets the infection of cholera. If there is proper sanitation, we can prevent this disease. If a person suffers from any of the above mentioned symptoms, avoid self medications & consult a doctor immediately. Cholera can be prevented by
1.Water used for any purpose must be sterilized well before it is used.
2.Good sanitation is needed
3.Never allow the faecal matters to come into contact with water sources.
4.In the case of flood affected areas make sure that people are using proper toilets. It is the duty of health as well as government officials to make sure of this.
5.People must be given awareness about the dangerous effects of cholera, need for proper sanitation etc.
6.The drainages should not be close to any water sources.
7.If there is any leakage of toilets, immediately repair it.

Dysentery is caused by a bacterium named shigella dysenteriae, which is a rod shaped bacterium. This bacterium belongs to phylum: proteobacteria & family: enterobacteriaceae. The genus of this bacterium is shigella. The disease is mainly caused by the usage of contaminated water for different purposes. That means the presence of this bacterium in the contaminated water is the real reason for this disease. The symptoms of this disease include fever, abdominal pain, diarrhea containing mucus &/or blood in the feces. There are chances of dehydration in the body of the patient. This disease is actually an intestinal inflammatory disorder. In our country people are having the habit of taking some medicines if they are feeling unhealthy, without consulting a doctor. This should be avoided. You must consult a doctor immediately & take the medicines according to their prescriptions only. Take a little care & protect your body from dysentery.
1.Never use contaminated water for any purposes.
2.Wash your hands regularly throughout the day.
3.Maintain proper hygiene

Typhoid is also known by the name typhoid fever & this is caused by a bacterium named salmonella typhi. The important point regarding this bacterium is that they can only live in human beings & the infected persons are able to shed these bacteria in their stools. People are able to get the infection of this disease by using contaminated waters which contains the faecal matters of infected person. The symptoms of this disease include fever upto 40 degree Celsius or 104 degree Farenheit, diarrhea, sweating, sometimes rashes in the body, enlargement of spleen & liver etc. if you are feeling unhealthy, consult a doctor immediately & take the medicines as soon as possible. Typhoid can be prevented by taking certain measures like getting vaccinated, avoid food items that may be at risk, always drink boiled water, use drinks without ice etc. 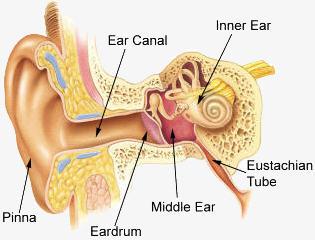 It should be noted that otitis externa is also known as the external otitis or swimmer's ear. This disease is caused by a number of bacterial species which may be present in the contaminated water. That means swimming in the contaminated water is responsible for this disease. The symptoms of this disease include swelling of the ear canal which causes pain & tenderness to touch. If you feel any type of pain in your ears, consult an ENT specialist as soon as possible. Don't try to use any ear drops without the prescription of a doctor. Preventive measures for otitis externa are
1.Swimming in polluted water must be avoided.
2.If you are feeling any unhealthy condition with your ear, then you must avoid swimming as well as washing your hair.
3.You must avoid inserting anything into the ear canal if you feel any unhealthy situations with it. 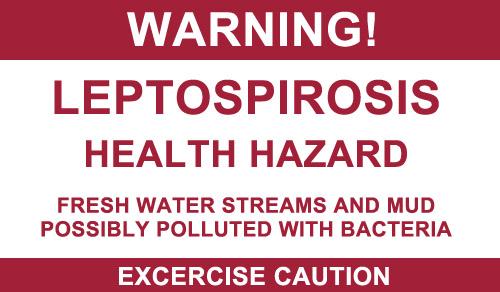 Leptospirosis is a disease which is caused by the bacterium leptospira, which belongs to the phylum: spirochaetes & family: leptospiraceae. This disease is mainly caused by the usage of contaminated water with animal urine which contains these bacteria. Actually this bacterium is present in the urine of certain animals like rats & farm animals. This disease is also known in another name like Weil's disease. The symptoms of this disease include headache, flu like symptoms, vomiting, meningitis, renal failure, damage to liver etc. If you feel unhealthy, consult a doctor & take the medicines immediately.This disease can be prevented by avoiding contaminated water. Also you must wear good boots while walking through muddy places. Donot wash your hands, face & legs in contaminated waters. Always try to cover any wounds present in your legs & hands properly. 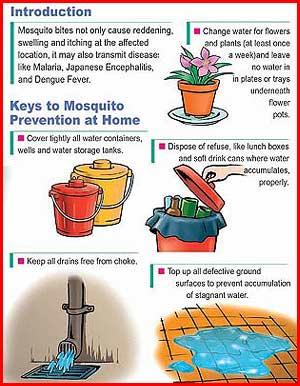 Dengue fever is nowadays common news in the newspapers. This is also known as the breakbone fever & is caused by a virus named dengue virus. It should be noted that the dengue virus is actually an RNA virus & the genus as well as family of this virus are flavivirus & flaviviridae respectively. Most people know the fact that this disease is mainly caused by the bite of aedes mosquito. These mosquitoes are more commonly seen in unused barrels, unused coconut husks & vehicles, swimming pool cover, clogged drainage ditches etc. The symptoms of this disease include headache, fever, muscle & joint pains & sometimes skin rash etc. In some cases the disease may result in dengue shock syndrome or the dengue hemorrhagic fever. Due to the pains in muscles & joints, dengue fever is also known as the breakbone fever. We can prevent this disease by means of certain measures like eliminating the habitat of aedes mosquito, use of insect repellents & mosquito netting, avoiding the storage of water in open containers, cleaning the surroundings etc.

People all over the world are familiar with the fact that malaria is an infectious disease. This disease is mainly transmitted by mosquitoes. The important point to remember about malaria is that it is a dangerous disease whose symptoms are fever, head ache, muscle pain, sweating, vomiting, anemia etc. It should be noted that this disease mainly affects the red blood cells.
This disease can be prevented by controlling the growth of mosquitoes.

Effects of Monsoon on Human Skin

Read about the effects of monsoon on human skin. Monsoon is essential for the existence of life on earth. As life is not possible without water, the used up water has to be refilled. This is only possible with falling rain. Huge quantity of water will be stored in ground thus makes life possible on earth

Read about monsoon season and healthy life style. Monsoon is back to wet our soil and spread its beauty. Never forget that along with beauty monsoon brings with it a set of diseases as well. Its always best to take precautions than to treat the disease after getting infected.

Although the monsoons or rainy season are most enjoyable, it is the main period in which health and skin diseases are most common. If one follows some simple tips during this season, he/she can enjoy the monsoons thoroughly. Read more to know the general health tips, nutritional tips, skin care tips and hair care tips for the monsoon season.

How to take care our skin during Monsoon?

Read about how to take care our skin during Monsoon? Nowadays most of the persons are conscious about their beauty.To maintain the beauty we should follow some routine in life.Sometimes you may feels like it is difficult to manage your skin problems. This article give some skin care tips that we should follow in Monsoon.

During the monsoons or rainy season, health problems such as skin diseases, water borne diseases, mosquito-borne disease and eye infections are very common. Read this article to know what are the health diseases that are common during monsoons. The articles also gives the symptoms, remedies and prevention of the diseases.