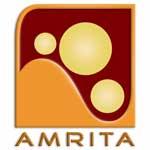 Amrita Television is a general entertainment Malayalam channel which was launched in the year 2005. It is a 24 hour channel which broadcasts shows from all departments of visual media including news, movies, serials, chat shows, travel shows, game shows, cookery shows, spiritual shows, reality shows etc. The channel has won 26 state awards for excellence in television which is a great pride for the channel as it is the first to be received with so much fame and recognition within two years of its launch. Amrita TV is highly viewed nowadays by the Malayalee public viewers as it offers decent and entertaining shows which cater to people of all age groups. Amrita Television channel is developing at a fast pace and will soon reach the forefront to become the highest watched Malayalam channel in Kerala. 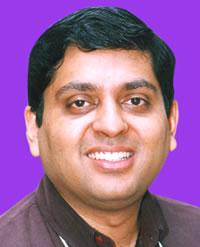 The headquarters of Amrita Television network is located at Thiruvananthapuram district of Kerala. The channel is made available not only in India but also in many other countries globally including Middle East, Australia, Asia, USA, Canada and Europe. It has separate offices at USA and Middle East. The theme song of Amrita TV is 'Lokasamastha' which is a melodious and slightly spiritual song composed by Rahulraj. Amrita channel has been formulated under the guidance and inspiration of Mata Amritanandamayi, a Hindu spiritual leader and teacher who has numerous followers all around the world. The CEO of Amrita Television is Sudhakar Jayaram and the Chief Executive Editor of the channel is Neelan. Shyamaprasad is the President of Amrita Television.

Amrita Television channel focuses on delivering value-oriented and social awareness programmes keeping in mind the tastes and choices of the viewers too. The news that is broadcasted in Amrita Television is unbiased and based on trusted sources to deliver the facts and ultimate truth without concealing anything from the public.

The search for the list of onam movies 2011 in amritha tv has ended as the channel has announced the list of malayalam movies to be broadcast during the 2011 onam week. Expect few fresh movies which are slated to entertain the kerala audiance. Read more to get the list of movies in amritha for this onam season