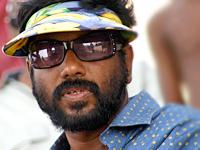 Siddique is a well known Indian Movie director and screenwriter who started his career in doing movies in Malayalam. In the initial stage of his career, Siddique was much active in doing comedy shows while working in Cochin Kalabhavan. Malayalam movie director found talants in Siddique which had brought a new opening for him in movies. He assisted fazil in many movies. While being a professional artist in Kalabhavan Siddique had build a think bond with Lal, later the duo paired as Siddique- Lal to give a handful of bright movies to the Malayalam movie Industry. The pair of Siddique and Lal had directed movies like Ramji Rao Speaking, In Harihar Nagar, Godfather, Vietnam Colony, Kabooliwala, etc which run as much successful movie in theatres. As since the duo has split up, Siddique started directing movies of his own, while Lal turned his career to acting and production along with directing movies.

Later Siddique directed movies like Hitler, Friends, Chronic Bachelor and Bodyguard which had high response in the box office. Few of his movies were remade in tamil and telugu too. After the success of Body Guard in Malayalam, he made the remake of the movie in tamil with Vijay as the hero. This movie too was a box office hit. 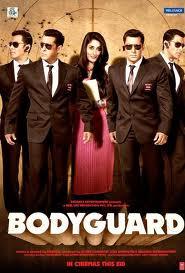 Here comes the real story which had made Siddique the most wanted Director in India. Siddique's dream to make his 'body guard' speek hindi came true as the adopted story of the Malayalam movie body guard was introduced to bollywood. Here Siddique had no second choice to make Salman as the hero of the movie. Salman had been the only actor in bollywood who had back to back super hit movies like Dabaang and Ready. The movie had Salman and Kareena in the lead. Hazel Keech also had quit a good role in the movie. It was really a risky task for Siddique to step his foot in bollywood industry, but the thought later proved to be right as the movie got released on 31st August 2011. The movie had a world wide release with around 26,000 shows in a day. The movie had an unexpected opening as it was thickly packed from the day of release. The movie which had cost Rs 60 crore had made a gross collection of 20 crores on the opening day itself.

It reached 81 crores in just 4 days. After the movie went past one week of release, it had crossed '100 crore', which is much rare in bollywood Industry. In the history of bollywood movies there are just only 4 movies which have crossed the 100 crore collection record. These are Three Idiots, Gajini, Goalmal 3, Dabaang and Ready. The latest news says that Body Guard is really giving a thick fight to few Hollywood biggies. It was ranked 9th in the UK(Top 10). It is expected that the movie will be soon declared as all time hit.

It can be said that the Siddique is emerging as the most wanted director in bollywood. With the success of Body Guard, its sure that Siddique will be able to take up more challenges in bollwood.

Let us hop for the best.