Women's code bill is a new bill that may create many controversies in Kerala politics and religious associations. The bill was forwarded to Oommen Chandy, chief minister of Kerala by Justice V.R Krishna Iyer commission. The commission contains twelve members including V.R Krishna Iyer and the report contains 94 pages. The bill contains many recommendations which may create some movements in religious associations. 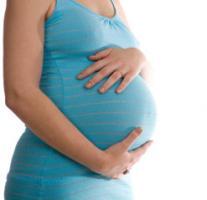 The Women's code bill main agenda is to lift the living conditions of womens and children. The bill contains many recommendations to increase the welfare of womens. The main recommendation of women's code bill is limit the offspring by two. If a mother give birth to a third child then this child will not get any services from government. Moreover if any person or association tries to discourage this program they will be punished by giving fine of Rs. 1000 or imprisonment for 3 months.

Another important recommendation of Women's code bill is the facility to provide divorce outside the courts. It recommends a marriage officer for giving divorces outside the courts if both parties are willing. Bill suggests that by employing this method, delay for divorces in courts can be avoided. Shelter home for sex harassment victims is another recommendation for Women's code bill.

Since it is a sensitive issue Oommen Chandy is also handling the bill with great care. He said that women's code will only be preceded after discussing with major religious associations.

The Women's code bill not ready to accept any women or men . That wrong recommendations to the commission .Christian Orthodox Sabha said ' human rights 'that is correct. Government where watch the welfare of childrens and womens ? The all parents watcing our childrens and women studying, health and wealth.I think not ready to accept the women's bill state government.after discussion is also handling carefully.
Regards

I think it is a foolish decision. It should have to check again and remove such things. What will do them if the second delivery of a women gives twins can kill the third one/