Why the Mullaperiyar dam is not safe?

The main thing we have to consider when looking about the safeness of Mullaperiyar dam is its age. The dam's age become 115 in 2011 and is the one of the oldest dam in Kerala. A special fact which must be kept in mind that, no major reconstruction work has been done on the dam in this long 115 years. The next thing is the materials used for constructing the dam. The dam is purely built with stone and Surki where Surki is a mixture of sugar and calcium oxide. Amazing fact is that Mullaperiyar is the only existing dam in India which is made with Surki. All other dams are reconstructed by authorities for the sake of people but Mullaperiyar dam still remains as a danger to all Keralites.
There is no drainage gallery in Mullaperiyar dam. So the pressure due to the water will be high in Mullaperiyar dam. Mullaperiyar dam doesn't contain any construction blocks and it is arranged in a single block. This kind of architecture in Mullaperiyar dam will create wide spread of cracks in dams. Also there are several cracks in the Mullaperiyar dam due to the flowing of Surkey from dam. According to the authorized details 30.4 tones of surkey are losing from Mullaperiyar dam and it is estimated that about 1500 tones of Surkey have been lost from Mullaperiyar dam in 50 years. The leakage of dam was found in the starting stage itself. The first leakage was found in 1922 and then in 1928-35, 1961-65. The leak was temporarily closed by using cement. 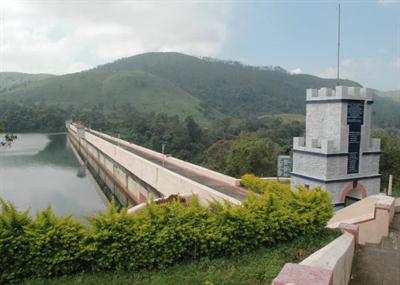 Usually "Dam break analysis" is done along with the construction of dam. This is an analysis done for predicting the possible destruction caused by the destruction of dams. The abstract of saving people from flood will be analyzed in this technique. In modern science this technique is done with the help of computer software Geographical Information System (GIS). But unfortunately no such study has never been conducted in the case of Mullaperiyar dam.

Possible disaster caused by the destruction of Mullaperiyar dam 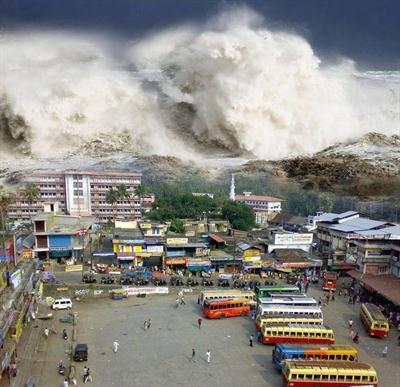 If Mullaperiyar dam get destroyed the world will be witnessing one of the major destruction. Heavy flood will occur in villages such as Vallakadavu, Vandiperiyar, Keerikkara, Mlamala, Chappathu, upputhara, Ayyappan Kovil, Irattiyar. These villages will almost sink in water.

Controversy between Tamilnadu and Kerala in the case of Mullaperiyar dam

Usually the dams are re-constructed after 60 years. The government will get the expense and huge profit from these years. Even though Mullaperiyar dam has reached the double age it still exists as a big danger for entire people in Kerala.

In 1979 Kerala government raised questions about the safeness of Mullaperiyar dam after a minor earthquake in Idukki. Also a state agency reported that the Mullaperiyar dam cannot withstand an earthquake with magnitude 6 on Richter scale. After several controversies Tamil Nadu government decided to reduce the storage level to 136 feet. After several repair Tamil Nadu suggested that storage level can be raised to full 152 feet.

Tamil Nadu main point which is used in Mullaperiyar controversies is the lack of water in Tamil Nadu. They argued that about 40,000 crores have been lost due to the destruction of crops between 1980 and 2005 which is the period when height of the dam was reduced to 136 feet. By the appeal of Tamil Nadu in 2006, Supreme Court allows Tamil Nadu to increase the storage level to 142 feet. But Kerala counter this by "Dam Safety Act". But the Tamil Nadu approached the Supreme Court and a notice was send to Kerala. Finally Supreme Court asked to settle the disputes between the states but the problems never end.

In the mean time Kerala thought about constructing a new dam and environment clearance was obtained from Ministry of Environment and Forests of Government in 2009 for conducting surveys. The survey was conducted and three spots were reported. Tamil Nadu tackled this by arguing that creation of new dam is a hidden agenda to keep dam with Kerala. 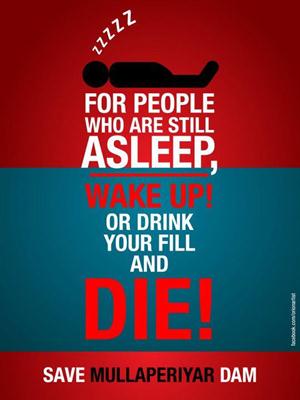 We know that Internet and social sharing websites have a very good influence in modern world. They play a good part in bringing social issues to public. "Save Mullaperiyar Dam, Save Kerala Facebòòk Campaign" is a Facebook page which has got a good support from all parts of the world. This group has also done 'Save Mullaperiyar' – 'Save Kerala' movement in Marine drive on a 25th November. If you want to support the movement login your Facebook account and join the group and be a part of Save Mullaperiyar dam movement. Also don't forget to use Facebook like and other social networking tools in the bottom of our page because by using these tools you can spread the knowledge of disaster caused by the destruction of Mullaperiyar dam and be a part of Save Kerala Save Mullaperiyar movement.

Keeping the slogans high ‘ Rebuild Mullaperiyar Dam’ - ‘Save Kerala’, a social gathering at marine drive in Kochi organized by the ‘Save Mullaperiyar Save Kerala’ Facebook group has really shed light to an upcoming disaster being which people in Kerala might have to face in the coming future. Let this be the first foot step for our desire to live.