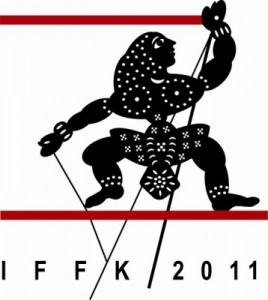 There will be no Malayalam films in the competition section of International Film Festival of Kerala (IFFK) that commences on 9th December. This situation is attained by the removal of the film 'Adaminte Makan Abu' of Salim Ahmed. Adaminte Makan Abu and the Philippine film 'Palawan Fate' directed by Auraeus Solito have been removed from the competition section of IFFK in accordance with the festival rules. This has been informed by the renowned director Film Academy President Priyadarshan in a press meet.

As the IFFK rules state, "any film screened in the competition section of any of the international film festivals held in India cannot be considered for the IFFK competition section". Both 'Palawan Fate' and 'Adaminte Makan Abu' were the runners for the Golden Peacock in the International Film Festival of India that concluded in Goa recently. 'Adaminte Makan Abu' also won the 'Rajatha Mayooram' (Silver Peacock) for the Special Jury Prize there.

Anyway, both films will be exhibited in the IFFK. Adaminte Makan Abu will be screened in the Malayalam Cinema section whereas the 'Palawan Fate' will be included in the World Cinema section. It is after many years that the film festival is going to have the competition section without the presence of a single Malayalam film. Eventhough two films from Malayalam had been selected, neither of them make it. 'Adimadhyantham', directed by debutant Sherry was the other Malayalam film that had been selected with Abu. But the film had to be rejected due to the raised controversy. The female protagonist of the film, Sajitha Madathil, is the deputy director of IFFK. So there was raised a question of backdoor influence. It was also alleged that it was an incomplete version of the film that had been submitted before the selection committee. Then the film was screened again before an audience including the Media persons, Minister for Cinema and Academy members. And then, the Film Academy Chairman Priyadarshan declared that the film was not eligible to be included in the competition section.

The producers of the film had moved to the High Court against the ommission of the film. But High Court rejected the plea as the director submitted a false declaration. The director Sherry has declared an indefinite fast in the film festival campus unless 'Adimadhyantham' is included in the festival. A division bench of the court will again consider the case.

A group of film workers including famous director TV Chandran have come in support of the film. Also, mass petition signed by various film workers and personalities have been submitted to the Chief Minister, Opposition Leader, Minister for Cinema, Minister for Cultural Affairs and the Film Academy chairman.

The number of competitors has been reduced to 11 with the expulsion of three films out of the total 14 films. Academy Chairman Priyadarsan has said that they will be trying to renew the festival rules after the current edition.

Read about 16th International Film Festival of Kerala (IFFK) held on December 9 to 16 at Trivandrum. Adaminte Makan Abu directed by Salim Ahmed and Aadimadhyantham directed by Sherrey are the two films selected for the competition. Abosheshey (Bengali) and Delhi in a Day (English/Hindi) are the other Indian films for this mega event.

The International Film Festival of Kerala will commence on December 9, 2011. The film festival will be inaugurated by Oommen Chandy. Around 200 films from various languages will be screened in the festival that lasts 8 days. Read more about the film festival in article.

IFFK 2011 concludes - The Colours of the Mountain wins Rajatha Chakoram

The 16th International Film Festival of Kerala 2011 concluded on friday. The Suvarna Chakoram and a cash prize of Rs. 1,000,000 for the best feature film was won by Colombian film 'The Colours of the Mountain' directed by Carlos César Arbeláez. Read more below.