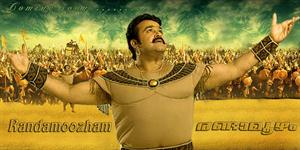 The director Hariharan sir is a highly experienced person in direction field especially in the direction of super hit movies including classical type like Pazhassi Raja. The director believs that the movie needs close to Rs 49 Crore for its making. As the movie 'Randamoozham' needs latest technology for better performance.

After the big hit of Twenty 20 through this Randamoozham exactly the mega stars Mohanlal and Mammootty will make big hit. Twenty 20 is the last movie in which Mohanlal and Mammooty worked together. The movie Randamoozham will makes these mega stars as main cast in feature upcoming Malayalam movies. The joint ventures of MT and Hariharan were big hits for past 30 years in Malayalam film industry. The super hit classical movie Pazhassi Raja raised the carrier of MT in Malayalam film field. Most of the MT-Hariharan projects never repeated and would find a place among the finest films in India Cinema's history.

Randamoozham is the joint product of Mammooty and Mohanlal; it will start its shooting on February 2012. The story of this movie based on the award winning classical novel of MT Vasudevan Nair named Mahabharata Randamoozham. The movie Randamoozham mainly focusing on the story of Bheema one of the brother in Pandava's. Bheema is the key role of this movie and Mohanlal will be plays the role of Bheema. The movie Randamoozham will be produced by Gukulam Gopalan, under the banner of Gokulam Pictures. Gokulam Gopalan is big budget Malayalam film producer and also a business millionaire. For more than few years he is the producer of big hits in Malayalam film industry. 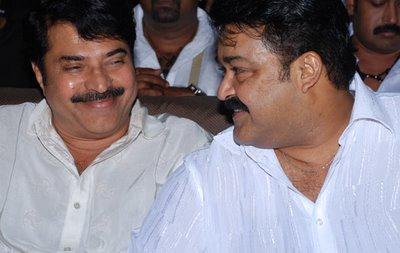 After two years the two mega stars of Malayalam film industry Mammooty and Mohanalal displaying together again in big screen. Already they have worked together in more than 40 films in Malayalam film industry, and most of them are big hits. In Malayalam film field this upcoming movie Randamoozham will again raised the position of Megastar Mammooty and Mohanlal between the peoples. The movie Randamoozham will be released in multi languages as well as in English. The director of this movie Hariharan is taking this movie as a big challenge in Malayalam film industry. The story of this movie is based on Mahabharata, so it will be an ultimate challenge to any director. Script writer MT and director Hariharan were heartily welcomed this challenge. For past few days they have been busy with the works of this project in Kottayam. Through this film they are trying to make a big classical history in Malayalam film industry. May be the character Bheema will be an extraordinary role for Megastar Mohanlal in his fourteen years of acting carrier. The classical movies of Mohanlal like kathayattam and chayamukhi is the best examples to prove his talents in classical field. The acting of Mohanlal in Kathayattam and Chayamukhi are also proving that he is the best suite actor for the character Bheema in Randamoozham.

After three decades the Malayalam movie Randamoozham will be given an opportunity to seeing the Pandava warier from the Mahabharata on the big screen. The famous classic writer MT Vasudevan Nair's master piece novel Mahabharata Randamoozham, is the main source of this movie. This will be a new experience to the viewers in this modern life. The director Hariharan is expecting greater than Pazhassi Raja from Randamoozham. More than a super hit movie the film Pazhassi Raja is a joint venture of super stars from various languages. From Randamoozham Hariharan offering to the viewers more entertaining and classical experience than Pazhassi Raja. In an exclusive interview Hariharan (the director of Randamoozham) said that after 'Pazhassi Raja,' I felt 'Randamoozham' was the obvious – if not the only – choice I had. I needed something that would challenge me further as a director. And 'Randamoozham,' a brilliant novel that gave a whole new perspective to the Mahabharata, is the ultimate challenge for any director. The writer M.T. felt I could take up that challenge and we have been working on the project for the past few days here in Kozhikode.

The director Hariharan is exited at the outlook of giving corresponding shape to M T Vasudevan Nair's Bheema, Kunti, Arjuna, Draupadi, Duryodhana , Karna and other characters in the story. The role of these exiting characters of Randamoozham will be played by the leading actors' from different Indian languages. The Movie Randamoozham' is just not be a Malayalam movie, it will make a big history in Malayalam film, industry, the co-workers of this project believed.

Most of the joint ventures of Mega stars Mohanlal and Mammooty were big hits in Malayalam film industry. The Malayalies are very happy to see these two megastars together on big screen, this will be one of the positive features of this movie Randamoozham. Exactly peoples pulled forward to this movie at the top position of the Malayalam film queue. These two megastars are most talented actors and it is difficult to find who is most talented. Through this movie we can expect a competitive acting from both super stars. The characters Bheema and Duryodhana, Karna are the important roles in this movie Randamoozham, so the actors need to take good effort to play this role on big screen. This movie is also a stage for their competition to reveal their talent before audience. Both Megastars Mammootty and Mohanlal have explored their talents before audience through more than little this type of classical movies. But it will be the fist time worked together in a classical story. As per their experience in film field both megastars can act easily the roles of this Bheema, and Duryodhana in Randamoozham.

There is some confusion remains on the posting of roles like Duryodhana and Karna to the actors. Some of the source said that Mammooty will handle the role of Duryodhana, and other says that there might be changed. Mammooty might plays the role of Karna, and the south Indian actor mega star Kamal Hassan might be plays the role of Duryodhana. However the movie Randamoozham might be multi stared projects and might be increase the rate of Malayalam film between peoples from worldwide. This upcoming classical movie will feature Mohanlal and Mammootty in the lead. More than forty years the Mammooty and Mohanlal did not take any brake from big screen, they are maintained their acting carrier for these days with out any drop. Through the film Randamoozham the peoples might be again welcomed them in to their hearts as their youngest superstars. Mammooty and Mohanlal are essential essence of Malayalam cinema. Keralites cannot imagine the Malaayalam film industry with out their presence.