Deal or No Deal is a variety reality show from Surya TV. Deal or No Deal is an international game show which has spread across 70 countries and many languages. The show has changed many lives across the world. The Malayalam version of the game is shown in Surya TV. The major attraction of the show is the format of the game and the cash prizes given by the show. The anchoring style of Mukesh adds more credit to the show. This is the second show in Surya TV in which Mukesh came as an anchor.

Rules of Deal or No Deal

The deal or no deal contains 26 boxes which encloses different cash. The maximum cash enclosed in 50 lakhs and minimum cash is Re 1. Also a money tree is present which represents all the cash. From the 26 boxes the participant is allowed to select a particular box. Then he opens all other boxes in different rounds. After each round an offer is given by a banker for the participant box depending upon the money tree. The participant has an option to "deal" or "no deal" the offer. If he selects "no deal" then he can continue the game until he tells "deal" or upto the last box.

Jackpot offer in Deal or No Deal 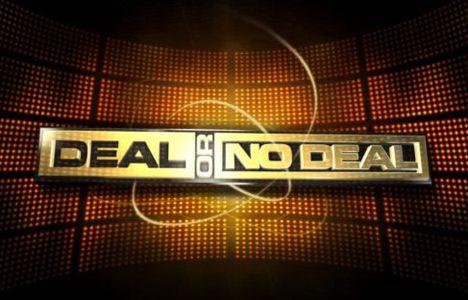 Jackpot offer is the newly introduced offer in deal or no deal. For participating Jackpot there should be 4 un-opened boxes including the participant's box. To qualify in the Jackpot game the participant has to answer a particular question given by banker. If the participants answer this question he will be asked to open a box which contains the money which is said by banker. If this also goes in right way the participant will get Volkswagen Vento as prize in addition to the prize money won in actual game.

Deal or No Deal- A game which changes many life

Deal or no deal is a social welfare game which has changed many lives. The specialty of the game is that majority of the participants are from bottom part of the society. They share their poverty and other difficulties to the public. If they get good prize from the game their life will be totally changed. So rather than entertainment the show has some social commitment.