After the conclusion of the counting of votes of the Piravom Assembly constituency of Kerala State Legislative Assembly the result is that the UDF candidate Mr Anoop Jacob polled 82,756 votes against the 70,686 votes of his nearest rival M J Jacob of the CPI-M candidate (LDF) and the 3,241 votes of the third candidate of BJP, K R Rajagopal. The margin of win is by 12070 votes against the nearest rival. This win with the huge margin is very impressive considering the facts that in the 2011 election the UDF candidate almost lost the seat to LDF as the margin f win was only 157 and people were attributing a tidal wave of voters opinion in favor of the undisputed leader of LDF and the then Chief Minister, V S Achuthanandan. So from that position of near defeat to the impressive margin of over 12,000 votes is a long march for both the Fronts (UDF and LDF). more so as the UDF candidate is a comparatively new comer and the LDF candidate is veteran who was defeated only by the margin of 154 by a prominent leader of the Kerala Congress (J) party.

Consequences to the UDF

The result has many consequences for both the UDF and LDF. During the initial stages of the campaign the LDF has dared the C M Mr Oommen Chandy to take the contest as a referendum of the performance of the State Government for last 9 months period. Mr Oommen Chandy promptly accepted the gauntlet thrown in the ring by the LDF and declared that the result of the by-poll would be like a referendum on the performance of his Government. According to the declarations of both the Fronts it was a referendum and the people of the Piravom Constituency decisively gave their verdict more than to the expectations of both fronts. In the referendum the present Government has won creditably.

Another consequence is that the 2011 election saw the 2 fronts with a difference of only one seat in the Assembly and the Government was on the brink of insecurity and had to count the days. During those days there were several occasions where the LDF mainly its leader V S Achuthanandan tried their level best to humiliate the Government. But the Government survived all the hurdles.

It improved its position from the 71 seats to 72 in the house of 140 and the strength of LDF came down to 67 with the resignation of one of its senor members R Selvaraj from the assembly seat. Of course in another 6 month's time an election has to be held to fill up this vacancy of Neyyattinkara Constituency.

Consequences to the LDF

The fissure in the LDF is going to develop more intense and it will not be a surprise if the CPI come out of the LDF and align with the UDF. The infighting within the major party of LDF, the CPI-M is going to be intensified. However, the march of V S Achuthanandan over the official group or the Pinarai group as it is called will be impeded to some extent at least for some time. Mr V S was getting a rave appreciation from the mediocre media of the country who portrayed him as a hero in spite of his below the belt comments on his opponents, especially the ladies. He is already embittered by the vigilance inquiries and the scandal allegations against his son.

If the UDF candidate was defeated, the position of Oommen Chandy would have been precarious. He himself and his party chief in the state openly declared that the result will be considered as a referendum on the rule of his Government for the last 9 months. The factional fight within the congress party is at resent dormant. A defeat of the candidate would have revived the dormant groups to come out and start their negative roles creating embarrassments to Oommen Chandy. For the time being he is saved from this position.

His position in the Government and the party is strengthened by the impressive victory. It is a victory for his leadership. His position at the National Level of the party will be very much enhanced for not only surviving the precarious position and making a win. Since at National level the party was drubbed in the elections held in 5 states last month and this victory with that of the Gujarat Assembly and LS result in Karnataka is definitely will be a morale booster at National level. He can expect to be heard more at Center.

Analysis for the result of Piravom election

In Kerala no one can take any constituency for granted as was seen during the years when mostly the results used to be alternating between the fronts. Since the margin was slender in the last election and the candidate of UDF is new there was an apprehension on the result. Both side left no stones unturned to ensure victory to their side. Top leaders form, both sides were freely canvassing as they could given all their concentration to this one seat.

So what is to be read about the result?

The people were reasonably happy about the performance of the Government. The opposition's diversionary tactics was seen through the people. The people noted the decent canvassing of the UDF as against the vituperative accusations of the LDF. Though the economic conditions are not much different from the time of previous elections, people felt that the Governments are trying to tackle the same. The effect of the misinformation presented about the Government at the Center as corrupt, inefficient and undisciplined by all the parties united with the supplemental help from the social activists has worn out.

The below the belt comments of the illiterate preliterate leader is not appreciated by the people. The high moral attitude of the corrupt opposition leaders did not cut much ice with the people.

The resignation of one of the MLAs of the LDF from its major partner Selvaraj with his accusations of the leadership is having a bearing.

Other points of the Piravom by-election

The Piravom by-election is the first election in the state after the UDF assuming power last year.

The result is not yet officially announced by the election commission, but it may not change.

The result especially the margin of win was beyond the expectations of both the Fronts.

The by-election was necessitated due to the untimely death of one of the ministers of the UDF, T M Jacob on 31-10-2011.

It will give some cheers to the Congress party at National level which was battered till recently.

It is a double blow to the opposition LDF. The resignation of one of its MLAs just before the polls was a blow and the defeat with the high margin of votes is another.

This result and the resignation of Selvaraj will be a help to the UDF, if they improve or at least maintain their performance in the coming election to the Neyyattinkara Assembly seat. An election is expected within 6t months.

Reactions of LDF about the defeat in the Piravom by-election

The seat was already held by LDF so there is nothing wrong to them, though their leaders challenged the UDF to take the result as a vote on their performances.

That the victory is due to the full machinery of the Government engaged in this election. If it so why they did not complain with specific incidents to the Election Commission? If it is about the UDF leaders in large numbers canvassing, is it not also a fact that the leaders of LDF also camped there and tried their level best taking the election as a prestigious issue?

The LDF should make an inward search and function as a constructive opposition.

The candidates who contested the election of Piravom constituency election

Anoop Jacob is the candidate of the UDF (United Democratic Front). He belongs to the Kerala Congress Jacob group. He is the son of Annamma and T M Jacob who was a minister in the present Government till his death. Anoop is aged at 34 years and is a law graduate from the Thiruvananthapuram Mar Ivanios College. After education he joined his father's party as its youth wing leader. He has a chance to become a minister in his father's place. He is a practicing lawyer in Kerala H C. He is married to Anila and has a son and daughter. 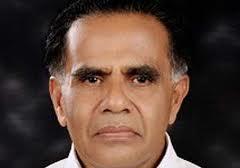 He was born on 7th June 1945 at Oliyapuram in Ernakulam district to K T Joseph and Annamma Joseph. He is a post graduate in literature. He was an employee of a Public Sector Institution and after retirement from there he joined politics on full time basis. He became the Panchayat President of Thirumarady for 2 terms and has also functioned as president of Service Co operative bank and some other positions in other social institutions. He was elected as MLA from Piravom in 2006. In the last election he was defeated by a slender margin of 154 votes. His wife is Thankamma and has two children, Sunitha and Sujith.


K R Rajagopal is from Perumbavoor, son of former Minister K. G. R. Kartha is the BJP candidate and is a well known lawyer of the district.

Anoop Jacob Profile and Biography is added here. Read the latest news about Piravom by poll which is necessitated by the death of T M Jacob. Anoop Jacob, who is the son of late KC(J) leader, will be the UDF candidate for Piravom by poll.The election will held on March 17,2012.