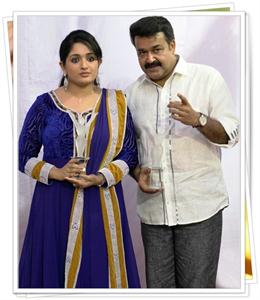 Yet here is another spectacular mega event to enthrall the malayalee audience. The 2012 edition of Mathrubhumi Kalyan Silks Film Awards 2012 which was presented at a dazzling night on 3rd March 2012 at Marine Drive Kochi will be telecasted on Asianet Channel on 15th April, 2012 from 6 PM onwards. Mohanlal was selected as the best actor of the previous year for his outstanding performance in the Malayalam movie 'Pranayam'. Kavya Madhavan bagged the best actress award for her stamp character in the film 'Gaddama'. While for the directorial efficiency in the film 'Indian Rupee' Renjith was selected as the best director.

'Pranayam' which had been a master class movie won the award for the 'best movie of the year'. Veteran actor Thilakan for his career best act in Renjith's Indian Rupee received the 'Best Character actor award. Jayaprada won the Best Character Actress award for her fine tuned acting in the movie 'Pranayam. The award winners were selected through a gallop poll which had been conducting for the past few years. Coupons were published in the mathurbhumi newspaper and web site while many people joined this unique venture through club FM SMS. Here is a quick look in to the list of other winners of Mathurbhumi Kalyan Silks Film Awards 2012 in various categories.

Asianet will be telecasting the award ceremony on 15th April 2012 from 6 PM onwards. Apart from distributing the awards, this award nite will feature various programmes which include musical show by eminent singers, spectacular dances, comedy shows and a special event 'fashion show. It's a great opportunity for the malayalee audience to watch this visual treat which is being telecast exclusively on Asianet. So do not miss to watch Mathurbhumi Kalyan Silks Film Awards 2012 on Asianet or those online channels which stream Asianet online.

Mathrubhumi Kalyan Silks Film Awards 2012 has been announced. Mohanlal and Kavya Madhavan bagged the Best Actor and Best Actress Awards respectively. 'Pranayam' Directed by Blessy won the Best movie award and Renjith selected as the best director award for his film ‘Indian Rupee’. The other Awards Winners are listed below.