DD Malayalam is the first Malayalam language channel in Industry. It was operated by the Dooradarshan. This channel is run by the government. It is one of the regional language channel operated by Dooradarshan. The channel wass launched in the year 1985 and started the satellite broadcasting in 1994. In the primary stage this channel only dealt with educating the people about needs for vaccination, providing public interest campaigns for the government etc. But later this was changed and more and more programs have been started in this channel. The programs including in this channel are entertainment serials, news and current affairs, social programs, film programs, educational programs, etc. Even though it was the first channel in Malayalam, it failed to compete with new age channels in Malayalam. They are tring to make the programs good and informative, but unable to attract the more people. Because the new channels have good amount to investment which can increase the popularity compared to this channel. 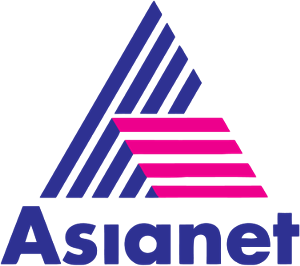 Asianet is the second Malayalam channel. This channel was launched in the year 1993. This is formed on the private ownership. This channel is most popular channel in Malayalam. There are a variety of programs which are available in this channel. They deal with serials, reality shows, music shows, quiz program, films, etc. The channel mainly targeted on the family audience, and hence they have tried to provide more number of programs that are attracted the family audience. The channel have updated every time to current affairs. So that they have provided better programs compared to other channels. Idea star singer is the trademark reality shows in this channel. They have started the film award in the name of Asianet film awards. They are a good competitor for the present channels in Kerala. They have viewership in Kerala, Tamilnadu, middle east etc.

This is the third entertainment channel in the Malayalam. The channel was established in the year of 1998 by the ownership of sun network. They have more number of channels in south India. They are also a good competitor to the new channels. They also show the programs like serials, reality shows, educative and informative programs etc. They have tried to bring a reality show to compete with Idea star singer, but unable to reach the good results. But they have brought other programs to compete with the new channels. Basically Asianet and the Surya are the most popular channel in Malayalam. The channel shows news and other news related programs for discussions. The channel has shown films. They have brought the newest films on the festive season. The primary programs that attract from this channel are serial. There are serials that have passed more than 1000 episodes in this channel. They also have viewership in Kerala, Tamilnadu, middle east etc.

Kairali tv is one of the other popular channel in Malayalam. The key people have part in bringing of this channel is Mammooty and T. R. Ajayan. Malayalam communication limited is the owners of this channel. This channel some times called as party channel of LDF. This channel also brings wide variety of programs to attract the people. Gandarva sangeetham, Patturumal, Pravasa lokam are the examples of the popular programs in this channel. Kairali is failed to bring in good and attractive serials. They are more concerned with reality shows, and news and other group discussion programs and informative programs. Kairali is also a good competitor in Malayalam channels. This type of competition among the channels brings the good programme for the viewers. They have viewership in not only in Kerala but also in other part of the world. They have started other channels as sister channel of Kairali. It is Kairali People, which is mainly focusing on news. Kairali WE mainly focus on the programs that attracts the youth.

Jeevan Tv is one of the best channels in Malayalam. This channel was launched in the year of 2002 by the promotion of Syro-Malabar catholic Archdiocese of Thrissur. This channel is available in Indian sub continent. This channel has showed the program including reality shows, music shows, and comic shows etc. They have brought a very good reality show in songs. They have tried to provide good number of programs to compete with the contest of channels. They have external shows that are being taken from different colleges. Even this channel is made by catholic; they also bring other religion programs are in this channel. Al mafas is the example of this. The channel has serials, but that is not up to the mark. Those are not at all competed one with that of serials in Asianet and Surya.

These are only some channels in Malayalam. They also have provided good number of programs to attract the audience. These competitions brings the wide variety of new and good programs to the viewers.