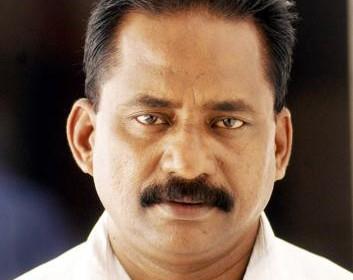 T P Chandrasekharan, Revolutionary Marxist Party leader in Kerala was hacked to death by unidentified assailants in a dreadful incident which happened at Vallikkad in Kozhikode district of Kerala on Friday night. Chandrasekharan(52) was attacked by a bunch of hooligans travelling in an innova car throw bombs and later attacked him as he fell from the bike. The incident happened on 4th May night at around 10.15 PM. Chandrashekaran who had been brutally murdered was left on the road for half an hour unidentified before he was taken to the Vadakara Govt hospital. On view of the brutal murder of T P Chandrashekaran, UDF had declared a 12 hours of hartal in the state.

T P Chadrasekharan who was expelled from CPI (M) few years back, was the leader of Revolutionary Marxist Party in Kerala. T P Chadrasekharan started his political career as an activist of SFI (Students Federation of India) the student's wing of CPI (M) and later gave up his whole life to work for the party. He served as the district secretary of SFI, State Joint Secretary and later a representative in the national level.

Chandrasekharan who was a strong supporter and follower of the political party CPI (M), came out of it and had organized a stronghold at Onchiyam in Vadakara which had brought displeasure to the party leadership. He had contested the parliament election at Vadakara against the official candidate of CPI (M). The 21,833 votes secured by Chandrasekharan was much enough for congress Mullapally Ramachandran to bring a thrilling win over the CPI(M) candidate.

Home Minister of Kerala, Thiruvanchur Radhakrishan said an effective investigation will be made to bring the culprits before the law. Union Minister of State for Home Mullapally Ramachandran also had expressed his grief at the murder of Mr Chandrasekharan. Chief Minister Oommen Chandy, KPCC President Ramesh Chennithala and Socialist Janata Democratic leader MP Veerendra Kumar did express shock at the incident. On view of the 12 hour hartal declared by UDF in the state, all PSC examinations, University exams which were scheduled to be conducted on May 5th 2012 has been postponed to another date.

According to the updated information, the police in now on an active investigation and had got several clues regarding the murder. It is also known that V S Achudanandan would pay the last tribute to the Chadrashekaran who had been a great leader not only to the party workers of Revolutionary Marxist Party in Kerala but also to thousands of people who loved him.