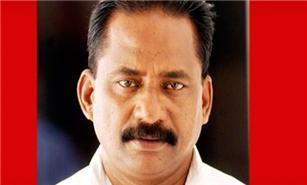 Former Fireband leader of CPI(M) T. P. Chandrashekharan's body laid at rest on the compound of his house at Onchiyam on Saturday in the presence of a large gathering. The VIP's from various areas of Kerala politics was present in the funeral ceremony of the T.P. Chadrashekharan. This will include Opposition leader V. S. Achudanandan, Chief Minister Oommen Chandy, Ministers Thiruvanjoor Radhakrishnan and P. K. Kunjalikkuty etc. The brutal murder of the great leader occurred here on last friday night. The primary investigation report says that he was hacked to death by 7 members group of assailants who came in an Innova car.

Police got clear evidence of the suspects who are involved in this inhuman brutal murder of T. P. Chadrashekharan. The group of people in the leadership of Rafeek, an accused in the case of murder occurred in Mahi are the suspects involved in the murder according to Police. Police have spread the network to catch them. The vehicle innovva found in a left state was taken into custody. This innova car is the crucial evidence which will help to get the information about the suspects behind the murder. This vehicle was taken as rent from Naveendas who runs the business of providing car as rent. Police has taken him under custody and the other two Rijesh, and Haris who helped Rafeek to rent this car. According to Police they have no relation with this murder.

The murder is against the humanity and it is not justifiable at any cost. The suspects don't follow any respect to the dead body of the man. The body of him was badly disfigured by using sword. A call that came just before murder leads him to the place of the murder takes place. The call contain the message that there occurred an accident in the near by place of Vallikkad Legue house and should reach immediately. This lead Chandrasekharan to go through that way diverting from the usual way of his return to home. Police has begun to investigate about the source of that call and other call that comes to the phone of T. P. Chadrashekharan. Police said that there are more than fifty injuries are in the body of T. P. Chadrashekharan. According to the postmortem report the death is due to blood coating which occurred due to the heavy injuries to head.