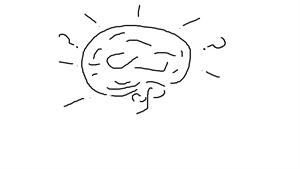 Dementia is one of the health disorder seen in older ones. The main reason for that is the failure of memory power. The specialty of dementia is the frequent loss of memory and it is different from the ordinary memory loss. When the symptoms like memory loss are suffers, and then it is important to subject the person for medical examination. There are several disorders that are similar to the dementia. From these types some of the disorders are curable others are incurable. A true fact is that the chance of dementia is more in Kerala, because the people above the age of 60 are more in our Kerala.

In older ones there is severe depressed disease that also shows the same symptoms seen in dementia. Depressive pseudo dementia is the name of such a situation related to the disease like dementia. It is difficult to differentiate both the disorders like dementia and pseudo dementia. While giving the treatment for depressive diseases, the patients get a relief from the pseudo dementia. Another reason for the dementia is due to the deficiency of thyroid hormone. Thyroid contained medicines are the better solution for such cases. The medicines used for several diseases cause the symptoms like dementia. Dementias due to some of the brain tumors are curable by means of surgery. The chance of blood clotting in between skull and brain may lead to dementia. The dementia due to the deficiency of nutrients is completely treated with the help of medicines.

Alzheimer's disease is one which is effects on the brain cell. The dementia suffered peoples are also the Alzheimer's patients. There is no such effective treatment for Alzheimer's disease. Multi infract dementia due to cause of not at all sufficient blood flow to some of the area of brain may lead to death of cells. The dementia like multi infract dementia is mostly seen in our country. The patients with diabetes and blood pressure have more chance of dementia. But it is possible to prevent such disease by proper medicinal treatment. Some other disease may lead to dementia, from this some are curable. The main treatment for the dementia disease is the treatment related to the disease which causes the chance of dementia. A true fact is that the patients who suffer the disease like dementia are mostly women's. Because the life span of women are more than that of men. From the population of Kerala, about 10% of the people are having the age of 60.

Its feel difficulty to some of the people which aid children's and the patients suffers the disease like dementia. At such situations a lot of depression is experienced by some peoples. So it is important to talk about such depression which they felt. The patient which suffers the dementia has the necessity of more care and treatment. That's why an open minded person is more suitable for caring the dementia patients.
In some cases the aid is not at all easy to do. Anyway the handling of the situation is done by many ways. They are

1. Maintain the routine.
2. Make the situations in a normal manner.
3. To motivate the patients for doing the woks themselves.
4. Keep the status of such patients.
5. Keep an eye on the quality of their life.

The behavior of the patients that are suffers dementia is totally different from normal peoples. So it important to deals with such patients. The dementia patients suffer more depression and due to that they move out from the community and this is a special nature that is seen in such patients. So keep an eye on some of these points that are written as follows.

1. To make sure that they see and hear all around them.
2. Talk to the patients kindly and slowly without any angry.
3. To understand their body language.
4. It is important to note that whether they hear our sound or not.
5. Don't motivate the patients to do the works they doesn't likes.
6. Keep an eye about their care and treatment
7. For the purpose of communication with such patients, it is necessary to use some tricky words and hand movements.