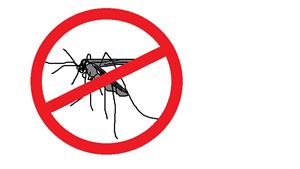 While starting the rain, the social atmosphere of Kerala totally changes. Then the next discussing subject is about fever and the death due to fever. From few years these are take place without any changes. The contagious fever is not at all the reason for health problems. The health problems are due to the contagious diseases like jaundice, cholera etc, and that are appeared in different places. Rat fever is the prominent one in the past few years. From 2006 onward to 5 years, chicken guinea is one of the most social and health problems. Dingy fever is a contagious disease, which appeared as varied forms in kerala. But malaria widely spread in different places. Thus many of the contagious diseases are existing in Kerala and the condition for the new diseases starts to come.

How contagious diseases are coming to Kerala?

In Kerala, it is not an amazing about the spreading of contagious diseases. The reason for that is our atmosphere is highly contaminated. The problems become too high, when rainfall starts. The pollutants mixed in the rain water and thus it starts to flow. Due to that the water bodies in our state becomes polluted. The stuffed pollutants in the drainage pipe also flows out from it. All these factors makes a way to the spreading of contagious diseases. When the rain comes, with respect to that the density of mosquitoes also increases. So don't forget the fact that, mosquitoes has the ability to lay egg and increase their population with in a drop of water. It is the most supporting condition for microbes and disease drivers to makes the contagious diseases. Peoples in Kerala give all the responsibilities of the increase in the pollutants and pollutions to the government. It is a noticeable point that our government has more duty to decrease the chance of pollution. But the amazing thing is that, the peoples in Kerala forgot their duties to reduce the pollution. The peoples have no right to fight against the government for the case of pollution. This is Because of the reason that, our people itself put the wastes in everywhere in Kerala.

Before the fever comes

There is no doubt that the overall contributions of peoples in Kerala against the pollution and there by contagious diseases protects our state. So the residents association has a main role to do such activities. There are several ways to help our Kerala from the pollutions. They are written as follows.
1. To keep the home clean and tidy.
2. It is necessary to clean the drainage pipes before stating the raining.
3. To help the employees of corporation, because they are also the human being like us.
4. Chlorinated the well. While doing the process of chlorination of well, it is necessary to chlorinated all the wells in that place.
5. Remove the water which contains the eggs of mosquitoes.
6. Avoid the use of plastic bags and use only the cloth bags.
7. Don't put the waste materials in the drainage.
8. Pluck the small plants around the house. It is the main resting place of eddies mosquitoes during the day time.
9. To categorize the wastes according to degradable and non degradable.
10. When we come back our home don't forget to wash the hands and legs.
11. Wash the hands before eating the food and keep the hand clean by cutting the nails.
12. It is better to make compost for flats.
These are the possible activities that keep the contagious away. So from today onwards try to do our level best for the healthy life of our god own country.