Dileep is always known for his versatile acting. He has played many roles which are quite appreciated. He is regarded as the family hero among the film critics of all age group. The main point to be noted about the actor Dileep is his ability to act in varied roles which satisfies all viewers. He has proved through his films like kunjikoonan, Maayamohini, CID moosa etc as the most versatile actor in the field of south Indian film industry.

Dileep to play Sathya Sai Baba instead of Mohanlal 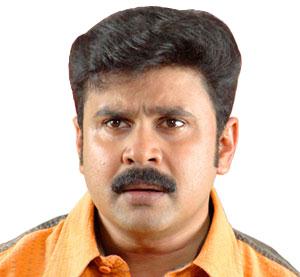 A huge opportunity has arrived for Dileep to play the role of Sathya Sai Baba instead of the legend Mohanlal. It is really a challenging role for Dileep. He really has to step out of his confort zone to act in this film. He is all set to play the lead role of Sathya Sai Baba in the big budget telugu movie Baba Sathya Sai. The film is directed by the great director of telugu, Kodi Ramakrishnan. The casting is done after the screen test is done for several actors including the super star of Malayalam film industry, Mohanlal. The confirmation is made from Dileep that he will be in the lead role.

The film Baba Sathya Sai is surely going to change the entire career of this actor. He was offered a a huge remuneration to take up this role. It is heard that the remuneration will be as high as the remuneration given to bollywood stars. This will surely bring the actor Dileep to the top most league. Dileep agrees that the fame and popularity of Sathya Sai Baba makes the role more challenging for an actor to act to its full extend. It will surely be a huge responsibility for the actor to the role of the spiritual head.

In the film, Dileep will be enacting the role of Sathya Sai Baba from the age 25 to 85. The location of this film will be right from kanyakumari to the Kashmir valleys. This means that the film will cover almost all parts of India. The major location for the film will be the Himalayas and the Puttaparthi. It is the motivation and inspiration from huge directors like lal jose that made Dileep to end up in this role. The famous Indian actress Jayaprada will be acting in the role of Sathya Sai Bava's mother. The film will be released in various languages like Telugu and Tamil. The Baba Sathya Sai's team has planned to release the film in Malayalam too. The shooting of this film is planned to begin in September of this year.

Dileep will really be working hard to sync up with the character his is going to be acted. He really has to do the home work well make the character perfect. For that, Dileep have started to read books, journals and magazines on the life of Sathya Sai Baba. He have also started to watch videos of the spiritual guru inorder to study the mannerisms, the way of talking and the looks of Sathya Sai Baba.

The toughest job for the actor is to match with the expressions and the body language of Baba. For this, a huge magnitude of home work has to be done by Dileep. Since he is a strong believer or devotee of Sathya Sai Baba, he very well knows the charity works done by him. This will surely help him to enact in this role. after reading the script, Dileep has confirmed that he will make his maximum effort to give life to the role of Sathya Sai Baba in the highly expected film Baba Sathya Sai.

Sreejith Vijay, the malayalam chocolate hero will perform as younger Sathya Sai Baba in the film 'Baba Sathaya Sai'. Kodi ramkrishna is directing this telugu movie.Malayalam popular actor dileep is also going to perform the role Sai Baba. Filmmakers plan to release the film in five languages including Malayalam and the musical score will be composed by Magical musician Ilayaraja. The locations of the movie will be right from Kanyakumari to Kashmir including Puttaparthi and Himalayas

Here is the latest news about the upcoming malayalam movie Mayamohini.The film mayamohini features Dileep in lead who dons a woman character. The movie is scripted by Uday Krishna-Sibi.K.Thomas. Jose Thomas will be the director.

Arike Malayalam movie directed by Shaymaprasad stars Dileep, Samvrutha Sunil, Mamta Mohandas and Urmila Unni in the lead scheduled to be released on 18th May 2012. This movie is adopted from a Bengali short story written by Sunil Gamgopadyay. The script of the movie is done by Shyamaprasad himself while T. K .Suresh Babu has produced it under the banner of Picture Perfect. Ouseppachan did have tuned the music. Read more about the movie Arike.

Dileep is one of the few actors in India who experiments exceptionally different roles in each of his films. In other way , we can say he is the actor who is having least no. of repeating types of roles in the industry. Chandupottu , Mayamohini , Pachakkuthira , Mulla , Meesamadhavan , Kunjikkoonan , Kalyanaraman , Parakkum Thalika , Thenkashippattanam , Kadhavasesan , Kalkatta news , Orma maathram , Vellaripravinte changathi , Darling Darling , Dosth , etc are good examples of his different avatars.
Lets wish him all success for Sai Baba also.

Only one actor can make this charactor at the top .ie .Our Dilepettan...Because we all know very well , he is a hard worker and flexible. He willmake it success ..sure..