Nokia, the company that always produced their products according to the need of the customers, are doing it again by introducing the new Asha series into the market. The Asha series is the latest project of the leading mobilephone manufacturing company in the world. This Asha series can be considered as they are specially designed for people in Kerala, who always wanted the branded and latest technology, in standard price. And through the Asha series, Nokia has made the smartphones really cheap. And this effort of Nokia has made the people of Kerala to make good smartphones of their own within the budget. 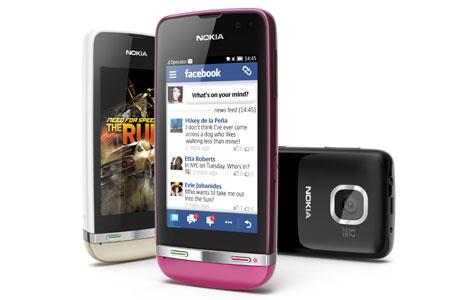 And now they are adding up the Asha series by introducing new member to the line, which is Nokia Asha 311. This can be considered as Nokia's one of the best deals, that it has a bunch of features that a usual smartphone should have and they are giving it in really cheap price. We all know about Kerala, where the people always wants the latest also in an affordable price. It can be said that this is really a dream of every Keralaite. And now, Nokia is making that dream of the Keralites to reality by introducing the Asha series, especially Nokia Asha 311. The new Asha 311 is fully loaded with latest multitouch screen, smart designing, best connectivity options and better storage options, which we are ging to discuss later in this article.

Memory and Processor of Nokia Asha 311

Nokia asha 311 based on S40 OS, will provide smartphone-like experience to consumers, who want to reduce data costs and larger battery life. Series 40 is a software platform and application user interface (UI) software on Nokia's broad range of mid-tier feature phones, as well as on some of the Vertu line of luxury phones.It is the world's most widely used mobile phone platform and found in hundreds of millions of devices. Series 40 is a simpler operating system than the higher end S60. Because S40 devices do not support true multi-tasking and do not have a native code API for third parties, its user interface may appear to be more responsive and faster than the other Nokia platforms Symbian S60 on similar hardware. The device is provided with 1 GHz processor which will make the device a powerful one. It also has 128 MB of RAM. The device has 140 MB of internal storage capacity and can be expanded upto 32 GB by microSD card. The company has provided simple and smart UI for the device and this simplicity is enough to attract common people in Kerala. The powerfull processor and RAM will attract the people in Kerala for sure. And these are the features what a real guy from Kerala wants.

Display and Designing of Nokia Asha 311 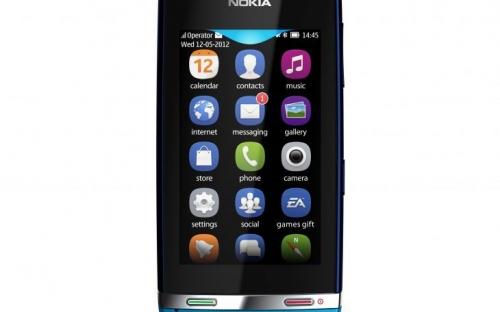 Nokia Asha 311 is a featured phone with 3 inch TFT capacitive touch screen with WQVGA resolution. The normal display is portrait. To save batterylife it is included with a feature called Light time-out. It also have a orientation sensor and proximity sensor. The screen is compossed 65536 colours and the display is of 240x400 pixels. The design of the Asha 311 is very attractive because of it slim and shape.It has two buttons in the bottom of the screen and volume rocker at the right side. Its thickness is only 12.9 mm and from that we can see that it is so wisely designed. A single key functions as the power key and end Key and placed in the bottom of the screen. The device has a weight of 98 gram. The whole display panel is protected by Corning Gorilla Glass. The device is so smartly designed and it is provided with material providing good in-hand experience. And it will provide maximum comfort too. And the company konws that these are the features that an average Indian wants. This will surely be the best phone for a guy from Kerala looking for a cheap and good looking phone. This designing and display features are specially to attract not only guys but girls too, and so they give those away in a lot of colors. And these may be the reason that keeps Nokia in the top in case of smartphones in Kerala.

The device has the best camera features that a phone in this price range can offer.The NOKIA Asha 311 has 3.2 megapixel camera but it does't have autofocus and LED Flash. The device can record videos in 640 x 480 pixel resolution @30fps. The camera has landscape orientation and exposure compensation. The image format of the camera is in JPEG/Exif. The main advantage is the full screen view finder. One of the drawback is that the device has no secondary camera, but when the price is conserned the lack of secondary camera can be adjusted. 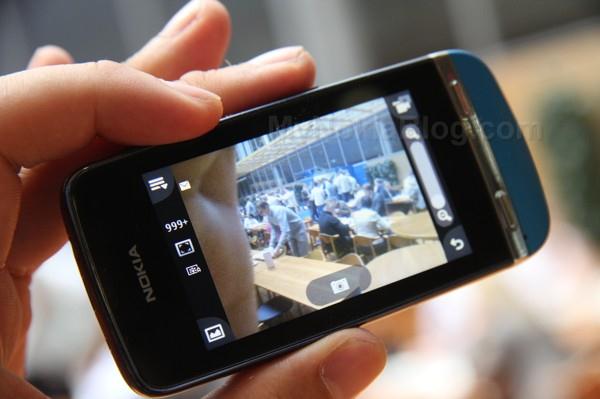 Nokia Asha 311 comes with a wide range of connectivity options. It runs on quad band 2G and Pentaband 3G network. The phone can connect to the internet via GPRS, EDGE, 3G networks. The Nokia Asha 311 comes with Wi-Fi connectivity too. The phone is equipped with Bluetooth v2.1 and micro USB 2.0. and the charging can be done throug the USB port. It also support FOTA(Firmware Upgrade Over Air Support). It is also facilitated with USB On-The-Go support. It has other features like Free access to EA Games. The Asha 311 provides buit in apps for Facebook and Twitter and it will be effect to improve accesses in social networking sitesand keep in touch with everyone. It also includes the most popular messaging services. It has a pre-installed Nokia Maps, in addition to it it comes with 15 level pre-bundled version of Angry birds. The features provided in the Nokia Asha 311 is so cool that will surely attract each and every one in Kerala, and we can assure that hte device is going to be a major hit, espaecially in Kerala. The features in Nokia Asha 311 is so specially assembled that it can attract the attention of every individual who is looking for a cheap smartphone and this is most applicable in case of a state like Kerala.

Price and Availability of Nokia Asha 311 in Kerala 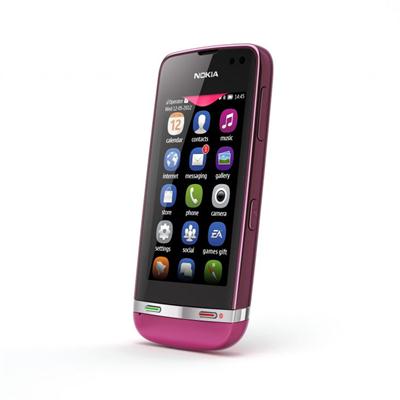 With all these good features and affordable price, the new Nokia Asha 311 will be the best cheap smartphone available in Kerala, like its processors. Most of the Asha devices from the Nokia was a hit and it was one of the best selling phone in Kerala. Rarely one or two complaints have been reported and other wise, the device is perfect for people in Kerala. The eye catching design and smart features takes them to the top of the list of smartphone manufacturers in Kerala. And it is pretty sure that most of the Keralaites will select this device, because of the affordable features it offers. And it will surely be a big hit, especially in Kerala.

Upcoming Nokia Asha series phone release in Kerala during end of 2012, its price and complete specifications are given in this article. Here features and price of four latest Nokia Asha series mobile phones in Kerala is given, which will expected to release on 2012.