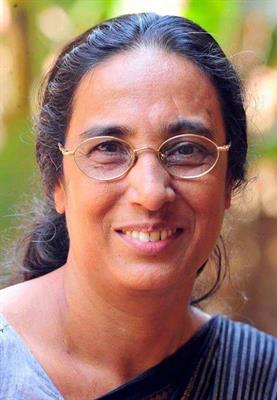 .K Sainaba is one of the senior women politicians representing the Communist Party of India CPI (M). Born to Shri. Hassan and Smt. Unnikkav, P K Sainaba had her education in Maithra Govt. LP School, Edavanna High School and MES College Mambad. Sainaba who was attracted with the communist ideologies joined the CPI(M) in 1983.

During the while Smt. Sainaba was working at RAIDCO, Kerala Government Co-Operative undertaking engaged in manufacturing and distribution of agro machinery, food products and industrial equipments. For her active presence in social work, Sainaba got elected to Nilambur Block Panchayath and also got appointed as a member of the Kerala State Women's Commission.

As a member of CPI (M) Kerala, PK Sainaba became a women leader truly accepted by the masses. She was in the lead to fight for the basic rights and also against atrocities to women. She has held positions including State Committee and the National Vice President of All India Democratic Women Organization. PK Sainaba got married to Bashir Chungathara, who is currently the state committee member of Kerala State Electricity Board officers Association. In 2014, 52 year old P.K Sainaba would contest the election from Malappuram giving a tough competition to his arch rivals who represent the Indian National Congress, BJP and AAP.

As being a member of the State Women's Commission, P.K Sainaba held a sitting at the Collectorate Conference Hall and considered 29 cases. The Commission also took initiative to look into a case which was connected with a mass marriage held at Ponnani. Sainaba was keen to consider various issues and tried to resolve those in time.

In 2014, P K Sainaba would contest the election from Malappuram giving a tough competition to his arch rivals representing the Indian National Congress, BJP and AAP. Already the party has initiated to take advantage of the social media sites in propagating the ideas and thoughts of the party. An interesting face book campaign in support of P K Sainaba has been getting positive response from the online supporters.