Isha Talwar might not be a malayali, but she is one of the favourite faces which movie goers keep close to their heart. After 'Thattatin Marayathu', which was the stepping stone for her acting career, Isha didn't had to look back with a number of projects falling in her kitty. 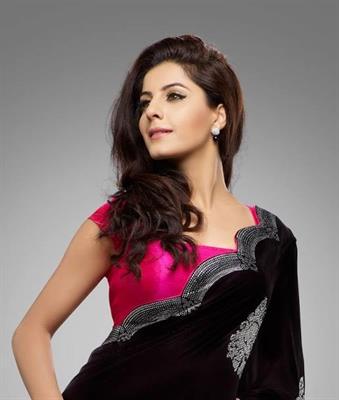 Isha, who paired with Mammootty in Balyakalasakhi was last seen in Ulsaha Committee' which featured Jayaram in lead. She will also be seen in this season's most anticipated youth entertainer 'Bangalore Days'.

Now the actress is gearing up to play a challenging character in Kenny Fernadez's directorial debut 'God Bless You'. Krish Sathaar will play the male lead, while bollywood actress Priyal Gor will also be seen in a important role. Scripted by Venjith Babi Miladi, the movie is set against an urban corporate background clubbed with a triangular love story. Gregory and Baburaj will give life to other prominent characters in the movie.

Priya Gor coincidently gives life to the Aysha in her Telugu remake of the movie 'Thattathin Marayathu' which was done by Isha Talwar in its malayalam version. It is also a good time for young actor Krish Sathar in the film industry getting interesting projects back to back. Krish has done an excellent work donning the male lead in the movie 'To Noora with Love'.

Script writer Benjith Baby Mylaady being a corporate employee explains that the movie revolve around relationships in a corporate culture and will have a different mood as it follows a theme which has not been explored hitherto in the history of malayalam cinema.

Isha Talwar has created her own space in the industry took no time to choose this movie as it is a theme which few have dared to talk about openly. Priyal Gor, who is known for her acting brilliance in Hindi soaps like Ram Milaye Jodi, Dekha Ek Khwaab and Madventures Pakistan, is much familiar to mini-screen viewers.