After the grand success of the blockbuster movie 'Drishyam', the career graph of Kalabhavan Shajon has truly changed. More than new projects, he started getting central character roles which stays much closer to the hero. Interestingly, Shajon is donning the lead role in 'Pareeth Pandari' written and directed by debutante Gafoor Elliyas. 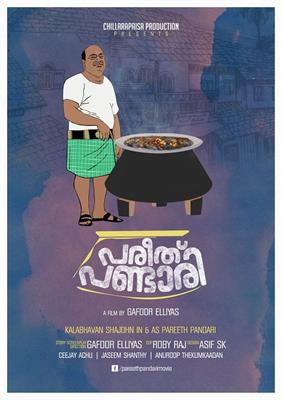 Anil Murali, Sreenath Bhasi, Jayaraj Warrier, Jaseena Zacharia, and Subi Malu will give life to other prominent characters in the movie. 'Pareeth Pandari' zooms into the life of a cook. The movie is produced under the banner Chillara Paisa Production House. Robi Raj is the cinematographer. The shooting of the movie is progressing in Alappuzha.

Shajon plays the title character for the first time in his acting career. He will be seen in a different look in the movie. Even though, Shajon has a long filmy career, it took more than a decade for him to establish as an actor. Now with a handful of projects, Kalabhavan Shajon has created his own space in the malayalam film industry. 'Pareeth Pandari' creamed with humour would be a complete entertainer for the fun loving moviegoers. Credited with more than 90 movies in his name, Shajon is aiming to climb more heights with more interesting ventures coming his way.

Starting from 'My Dear Karadi', Shajon has done a number of memorable roles in his limited space. This natural comedian gained more popularity for his negative touch police character in the movie 'Drishyam'. It even gave him the Kerala state special jury award, TTK Prestige-Vanitha Film Award and Ujala Asianet Film Award for being the best villain.

Being an actor, Shajon has shown his dedication and commitment to the roles offered to him. 'Pareeth Pandari' too is expected to deliver laughing moments for the spectators. After the final cut, the movie would reach theatres very soon. He was last seen in the movie 'Ulsaha Committee'.