Makaravilakku, the annual festival held during the Makar Sankranthu will be celebrated on 15th January this year at the shrine of Sabarimala. The Thiruvabharanam (sacred ornaments of Ayyappan) procession and a congregation at the hill shrine of Sabarimala are the major religious functions to be conducted today. The Sabarimala Sannidhanam is overflowing with Ayyappa devotees from different parts of the country to take part in the Makavailakku festival. 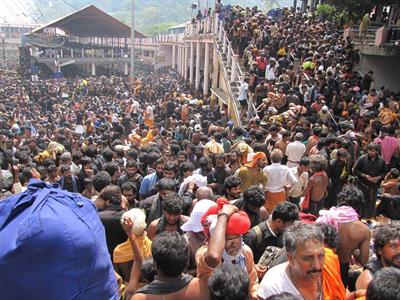 Earllier, the Pampa Vilakku was conducted by floating small pyramid-like lamps made of brushwood on the Pampa river. Places like Pandithavalam, Malikappuram, premises of Forest IB at Sannidhanam and Saramkuthi hill-top were flooded with pilgrims since Monday who have crowded to witness the holy events. Devotees will be waiting for the Makarajyothi darsan at all available spaces at Sannidhanam and other places including Pulmedu, Pampa, Pampa Hill-Top, Chalakayam, Attathode, Nilackal and Plappally.

The Thiruvabharanam which travels through Valiakoikkal Sastha temple at Pandalam, Ayiroor Puthia Kavu Temple, Perunattil temple, Vlakkai, Nilaikkal Siva temple, Vellachimala, Pamba and Sabari Peedam reach at Sannidhanam around 6.00 PM on 15th January 2015 (Makara Jyothi) day. A Garuda hovers and flies above the Thiruvabharanam boxes to guard them. As soon as the Thiruvabharanam or the sacred jewels (three boxes) of the Lord presented by the Pandalam king arrives at Sabarimala, millions of devotees chant 'Saranam Ayyappa'. 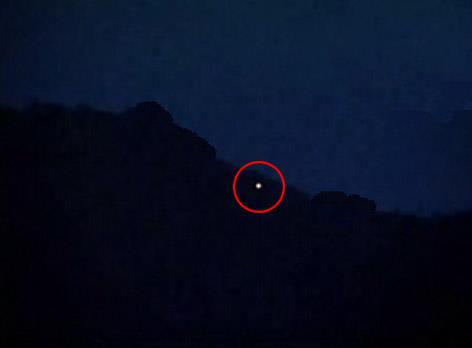 As soon as the Thiruvabharanam box contains a diamond crown, golden bracelets, necklaces and a sword reaches the Sannidhanam, the Melshanthi and Thantri receive the sacred jewels surrounded by the thundering echoes of Sarana ghosham. Later, Tantri Kandararu Rajeevararu, aided by Melsanthi E.N. Krishnadas Namboodiri will attire in gold on the idol of Lord Ayyappa prior to the 'deeparadhana' which take place between 6.30 p.m. and 6.45 p.m. During this moment, another ritualistic 'deeparadhana' will be held at Ponnambalamedu, a hill facing Sabarimala.