Nallavan is a family entertainer from Jayasurya. He is carefully choosing his movies now a days. After the success of movie 'Ivar Vivahitarayal' he is slowly becoming one of the super stars of Malayalam film industry. In Nallavan he is doing the the three different stages of his character 'Kocherukkan'. He has choosen different make ups and styles for his three stages and its one of his best character. Mythili is playing the lead role along with Jayasurya in Nallavan. Sudheesh, Biju Kutan, Sai Kumar, Siddique are playing some of the main characters in the film Nallavan. 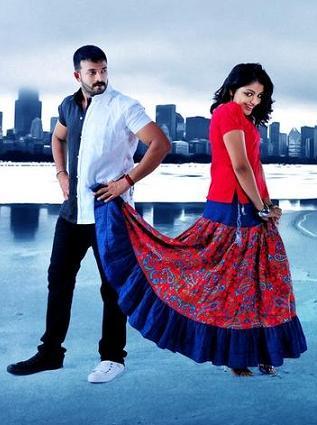 The story of Nallavan is the life of Kocherukan (Jayasurya) and Malli (Mythili). Both are orphans in a village near the Kerala - Tamil Nadu boarder. They work as servants of a land lord. Kocherukan and Mythili loves each other and they plans to get married. But their life changes when they are just into the married life. Kocherukan was arrested and put behind the bars for some crime he didn't committed. The story take a twist from there and Kocherukans life changes entirely.

Cast and Crew of Nallavan

Free wallpapers and videos of Nallavan

Much awaited movie of Mohanlal-Sreenivasan starring 'oru naal varum' will be screened only on June 25. The producer told it is because of the large number of films released in last weeks, but there is a rumor that Sreenivasan is again accused for plagiarism.