Makaravilakku(മകരവിളക്ക്‌) is the most sacred occasion in Sabarimala temple. This is a weeklong festival in Sabarimala and marks the end of 41 days of rigorous fasting, mediation and prayer. Makaravilakku festival is observed on the first day of the Makara Masam as per traditional Malayalam calendar followed in Kerala. lt usually starts on January 14 after the Makara Jyothi dharshanam in every year and ends on January 20. 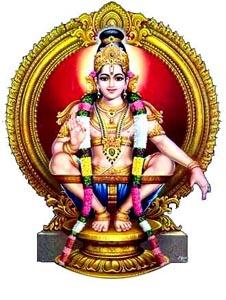 On Makaram one, Thiruvabaranam of the Lord Ayyappa are carried from Pandalam in three boxes to the temple. An eagle hovers over the Sabarimala Temple as if it is guarding the sacred holy jewels of Lord Ayyappa. After the arrival of Thiruvabharanam at Sannidhanam around 6pm in the evening, the deity is adorned with all the jewels. Next is the most sacred moment of the day- a star arises at the horizon and this is Makara Jyothi. After that a light is seen three times in the hills of Ponnambala Medu. After the jyothi, Malikappurathuamma, mounted on an elephant comes in a procession to the Patinettampadi and returns back to her abode. Along with the Makara Vilakku, Kuruthi Puja is also performed- a ritual to respect the forest deity.

Makara Vilakku festival in 2011 starts on January 14.
You can watch Makaravilakku 2011 online herehere.