Sabarimala in Pathanamthitta is a famous pilgrimage destination in Kerala situated on mountain ranges, which attracts lakhs of devotees from all over. The presiding deity at Sabarimala is Lord Ayyapa also known as Dharma Sastha and the Ayyapa Temple is an ancient one situated in the dense forests. People used to make pilgrimage to Sabarimala on seasonal months from November to January. Makaravilakku Festival on January 14th of every year is the most important and auspicious festival of Kerala. Another important highlight is that the Makara Vilaku Festival in Ayyappa Temple at Sabarimala, begins on the day of Makara Sankranthi Festival the first day of 'Makaram Masam' or 'Makaram Month' based on Malayalam Calendar 2012 of Kerala. The literal meaning of 'Makara' means the 'rashi Makara' the zodiac sign of Capricorn and the word 'Sankranti' means 'to cross' . On this day the sun crosses from one zodiac sign to another. 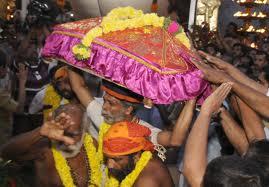 the Makara Vilaku Festival 2012 which falls on 15th of January 2012. This festival lasts for seven days. Thiruvabharan procession is the most important and highlights of Makaravilaku Festival at Sabarimala. Thiruvabharanam, the precious jewels of Lord Ayyappa are carried from the place Panthalam to Sabarimala through a procession and it reaches Sabarimala on the day of Makara Vilaku Festival. It is believed that while carrying the Thiruvabharanam boxes, Garuda flies above the box as if to safe guard them, all along to Sannidhanam of Ayyapa Temple and people used to chant 'Saranam' while carrying the box. The Thiruvabharanam boxes contains precious jewels of Lord Ayyapa which includes diamond crown, necklaces, golden bracelets, Sword and many more.

On the day of Makara Vilakku Festival at Sabarimala the priests adorn the precious jewels to Lord Ayyappa at evening and performs puja and arathi to the deity. At this time an amazing bright flame appears in the mountain north eastern side on Ponnambala Medu and it is believed that this jyothi called Makarajyothi was the arathi performed by devas. Every year to have a darshan of Lord Ayyapa Swamy in Thiruvabharanam, half a million of devotees makes their pilgrimage to Sabarimala. The temple remain opened for devotees up to 20th January 2012. 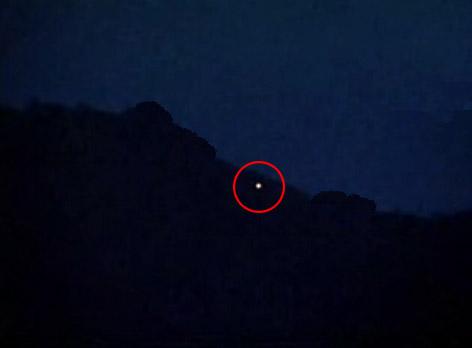 All TV channels of Kerala and Some Tamil Channels will going to telecast Makaravilakku Live 2012 on January 15th. Apart from watching it from TV channels you have an option to watch Makara Vilakku 2012 Online also. You can watch online Makaravillaku Live 2012 through news channels like 'Manorama News', 'Indiavision' and 'Asianet News Online'.

So happy enjoying the Live 2012 Makara Vilakku Festival on Websites of Kerala and on Television Channels of Kerala and have the dharashan of Swamy Ayyappa right from your home.

It is a very good article about Makaravilakku because Sabarimala is very famous place in Kerala. So thanks for submitting such article.