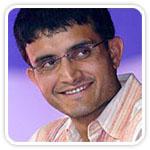 Will Saurav Ganguly play for Kochi IPL ? We asked this question to ourself for so many days. The waiting is over sicne we can know the fate of Ganguly on February 4. On that day, the governing council of the IPL will decide if Team Kochi can sign Ganguly. The BCCI asked franchises that if any team has an objection if sides sign Indian players who were not in auction. Along with Saurav Ganguly, Wasim Jaffer and VRV Singh also considers for the move. But the Prince of Kolkatta will probably surpass them. Team Kochi gives a letter to BCCI expressing their interest in Ganguly. A major stakeholder of the consortium sadi that "We've sought permission from the IPL if we can sign Ganguly. We're awaiting their response,".

Mean while, the IPL COO Sundar Raman states that a franchisee with sufficient money can sign the players as per their regulations and base price. They have been given time up to February 3. He also makes a note about the strict auction regulations for that it is very clear that players not taken in the auction could only play in IPL 2011 as replacement players. For now, it will be tough for the signing to be taken place since the teams are not happy with the government council of IPL. They states that it would set a wrong precedent. Any way, we have to wait for three more days to know the fate of Saurav Ganguly in to Kochi IPL.

There is a latest news of Kochi IPL Team that is trying to get Sourav Ganguly. Kochi IPL Team still have 9 million$ to sign any international player. Bengal Tiger will give more strength in Kochi IPL team if they can hire him.