Vishu always seems to be a good season for Malayalam Film Industry. This is summer vacation and the world cup is also over. In Kerala, the election is on April 13 just two days before the Vishu Festival. So after the election all the families and youth will plan for a movie. To those who want to know about the vishu releases, we here provide the complete list of Vishu Releases in 2011. 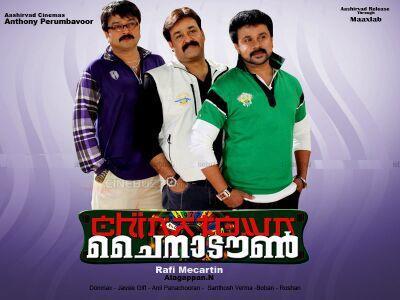 Universal Star Mohanlal will come with a 'China Town Vishu Kani' for his fans. China town is one of the most anticipated film this year because of the star cast and crew behind it. China Town is a multistarrer film directed by Superhit directors Rafi-Mecartin. The film have a huge star cast including Dileep, Jayaram, Kavya Madhavan, Poonam Bajwa and many others along with Mohanlal. So China Town is also the vishu release of this stars too. Although the last film 'Love in Singapore' was a failure, the director-duo is now looking for a big come back through this film. This film is very special to each of the star involved in it. For Dileep, this film will be another entry in to his winning list which includes Karyasthan, Marykkundoru Kunjadu and Christian Brothers. For Jayaram, this film is very crucial . Kavya Madhavan also looks for another success after her master piece film Gaddama. China Town will have South Indian hot actress Poonam Bajwa for the first time in Malayalam. She looks very cute and will be a good pick in to the list of Malayalam Heroines. China Town has music from the gifted musician Jassie Gift and the songs are already in the chart busters. China Town will release on April 14 all over the world. Let us hope this film make it big for the all crew. 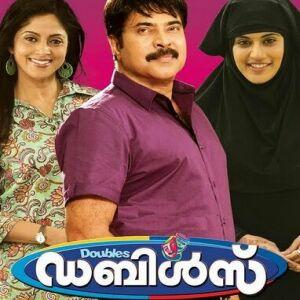 Doubles is the new offering from Mega Star Mammootty in 2011 slated as a Vishu Release. His previous film August 15 did not create any wave in the box office and declared as a big flop for the star. So this film is very crucial to the Mega Star. Doubles directed by debutant Seenu Sohanlal and scripted by duo Sachi-Sethu have many specialties. Doubles is the film through which Yesteryear Bubbly Girl in Malayalam- Nadia Moythu make a comeback. Every one eagerly looking for her performance in this film. Although she had many offers from Malayalam, she was waiting for a good script and very strict in choosing it. Taapsee the new hot glamorous girl from Tollywood debut in Malayalam through Doubles. This year she did Aadukalam with Dhanush in Tamil and got much acclaim. Through Doubles Taapsee also looking for a good debut in Mollywood.

This article is related to vishu festival in Kerala.Vishu 2011 is celebrated on 15th April 2011.

This is a details description of the cultural festival of Kerala called Vishu.Significance of celebrating vishu is being given in detail.