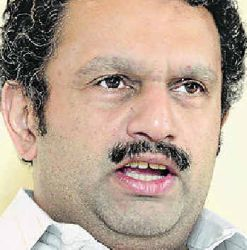 K. Muraleedharan was born to K. Karunakaran & Kalyanikutty Amma in the year 14 May 1957. We all know the fact that K .Karunakaran was a senior politician of Indian national congress in Kerala state. Like K .Karunakaran, his son K. Muraleedharan is also a famous politician. It should be noted that in 1989, 1991 & 1999 elections, K. Muraleedharan was elected from the Kozhikode constituency. He also held several positions like General Secretary, Vice President & President of KPCC. Following some differences with the party leadership, in 2005 Karunakaran faction left UDF & formed the democratic Indira congress (Karunakaran) party DIC (K). But some members from DIC (K) returned to the congress party. Another important point was that in the 2009 Lok Sabha polls, Muraleedharan contested from the Wayanad constituency under the NCP ticket. But he got only third place.