Profile & biography of A. P. Anilkumar 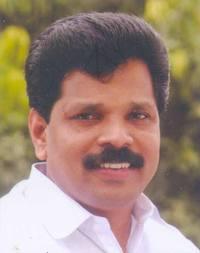 Date of birth: 15 March 1965
Father: A. P. Balan
Mother: K. L. Devaki
Spouse: Praseeja P
Children: 2
Qualification: Graduation
Occupation: Political worker
2011 constituency: Wandoor
Political party: INC
A.P.Anilkumar was born on 15 March 1965 to A. P. Balan & K. L. Devaki. It should be noted that his political party is INC. Remember that A. P. Anilkumar is the famous political leader who won the wandoor constituency in the 2011 Kerala election. In 2001 A .P .Anilkumar was elected to the Kerala legislative assembly. He was the minister for welfare of scheduled communities & youth & cultural affairs in the past Oommen chandy ministry. Also note that A .P. Anilkumar was the vice-president of youth congress district in the year 1986.