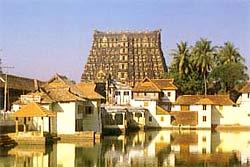 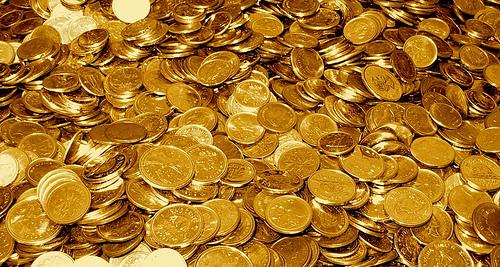 Both the temple and tomb contained valuable treasures which included precious stones, gold and silver. The real value of the temple treasure is still to be estimated. It was in 1922, howard carter, an archaeologist who brought to light the spectacular objects from the king's tomb which were separated into around 3,000 different objects almost all made up of gold.

The treasure unearthed from the temple of kerala include 17 kg of gold coins, gold in shape of rice trinkets (Weighing more than a tonne), 18 feet long golden necklace weighing 2.5 kg,sack full of diamonds, thousands of pieces of antique jewellery studded with diamonds and emeralds, golden vessel,golden idol of Mahavishnu worth Rs. 500 Crore, antique gold ornaments, diamonds and other precious stones, golden crowns, golden bow. Almost all treasures found from the temple were offering made by the people to the lord padmanabha swamy.

While in Egypt, the tomb of tutenkhamun was rich in gold and silver coins. The other objects discovered include Bracelets, Rings, Chariots, Chairs, Ritual beds, Anthropoid (man-shaped) Gilded Coffins and the Solid Gold coffin, ivory, and gold walking sticks, Burial shrines and Funeral Equipments.

In Egypt, the tombs of the kings were filled with valuable objects as a part of their ritual while the temple treasure in kerala is the offering of the devotees which were collected and stored in secret chambers.

Even weeks after the gold treasures were found out, still the debate remains regarding the authorization of the mammoth wealth.

About the Author of this Article

The author of this article has much credits in his name. Being completed post graduation in International Relations, History,Sociology & Education,still finds more space for him to study more. He is currently working as a teacher in a reputed school.

Did you like reading this unique article? The author of this article had taken much pain in doing much research to bring up this article. Do you like to read more about the unearthed treasures & its secrets of the temple? The author is ready to write more on it. Mean while do you like to congratulate him for his effort? Do give a credit to the author by using the social network buttons embedded here. Please share this article with your like ones.