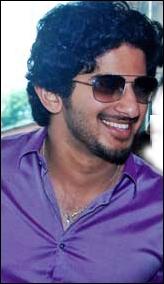 Actor mammooty's son salman is getting married soon. As the engagement was on 21st july 2011 at Chennai, now the preparation is going on for the arrangements of salman's marriage. The engagement had been conducted at the residence of mammooty 'Salmahath' at Adayar in Chennai. The bridegroom of salman is a native from outside kerala. The girl is from a urudu high status muslim background. Salman unlike other movie actor's children had no plans to enter the movie industry but had set his own pace in handling his dad's business and have succeeded in it. For a long time there were rumors carrying news that salman is being casted in a tamil movie. But what salman had done after completing MBA from America is that he concentrated on business dealing especially handling mammoty's movie production company 'Play House' and other business including software business.