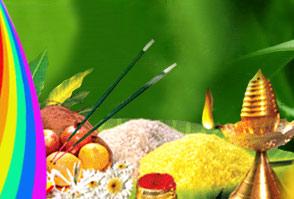 Kerala is considered as the God's own country & Onam festival is the time for enjoyment of Kerala people. During the Onam season several celebrations are conducted in different parts of our state. Since there are different districts in our Kerala, it should be noted that the celebrations may vary according to the place. Trivandrum, which is considered as the capital city of Kerala will be celebrating Onam on a grant scale. Onam celebrations are attracting several tourists from different parts of the world. As a result tourism industry will be gaining popularity in the world during the Onam festival. In Trivandrum or Thiruvananthapuram, the celebrations will be conducted at Chandrasekharan Nair Stadium, VJT Hall, Poojappura Maidanam, Kanakakunnu Palace , Akkulam, Sreevarahom, Theerthapada Mandapam, Shanghumugham, Aruvikkara & Vyloppilly Samskrithi Bhavan etc. Some of the popular events conducted in the above places are food fest, ganamela, stage shows, trade fair, cultural programmes, light shows, floats exhibitons etc.

Another important programme is the boat races conducted in several places of Kerala. Among the different boat races, the important ones are the Aranmula Boat Race, Thazhathangady Boat Race, Kumarakom Boat Race, Champakulam Boat Race etc. As we all know the Aranmula Uthrittathi Vallam Kali is conducted at Pathanamthitta district while the Kumarakom Boat Race & the Thazhathangady Boat Race are held in Kottayam district. In general we can say that these are the boat races held at backwaters of Kottayam, Aranmula & Champakulam. The palliyodams of Aranmula are an important part of the Onam festival. Pampa River is the venue of Aranmula Boat Race. It's an interesting fact to note that thousands of people gather on the river banks for seeing those functions. Onam pookkalams are seen in almost all houses of Kerala starting from the first day till the last day of Onam. There will be events sponsored by the government as well as private institutions in Kerala. The Tripunithura Athachamayam Festival conducted in Ernakulam district of Kerala is also a major attractive event during the Onam festival.

Several traditional dances like thiruvathirakali, kathakali, thumbi thullal, kummattikali, pulikali are part of this harvest festival. Among the above mentioned dances, thumbi thullal is considered as a rare item. Even in educational institutions & offices, there will be a Onam feast or Onam sadhya, Onam pookkalam etc which is conducted during the Onam festival. The Onam sadhyas are served on banana leaves. I hope all Kerala people are familiar with the Onam sadhya items. If not, remember that the items of Onam sadhya are avial, olan, kalan, sambhar, inchikari, pachadi, kichadi, koottukari, pappadam, payasam, pickles, banana chips, sarkarapiratti, ada paradhaman, semiya payasam etc. Onam pookkalam competitions will be held at different educational institutions of Kerala. The winners will be given several prices. Certain local clubs also conduct the competitions related to athapookkalam & sports during the Onam festival. Apart from this, fireworks play an important role during Onam festival. Thiruvonam day is a public holiday for offices in Kerala. But the educational institutions will be having Onam vacations for 1 week. On the thiruvonam day every family members wear new dresses (Onam kodi). Special bonus will be given to the employees by the government & private employers. Another fact is that during Onam special bazars will be opened by the government in different districts of Kerala for selling the grocery items at a reasonable price. Also note that khadi & village melas will be conducted by the government on special Onam discounts in different places of Kerala. Household items will be sold at special discounts by the companies.

Get the best onam songs lyrics. Kerala is very rich in folk and traditional songs and has variety of folk songs as there are variances in the situation, land, people and their occupations. In yesteryears Onam songs was the major part of Onam. Lyrics of some Onam songs are given here.

Onam is the national festival of Kerala and is very important for Malayalees. An important ritual of the festival is making pookalam designs in front of the homes. Read this article to know all the details of how a pookalam design is created and how are pookalam competitions held in Kerala.