For those searching about 'What is the Story of Pranayam Malayalam Film', the director Blessy has the right answer. The words from him is as follows: "All I can say now is that the film is based on the love between a woman and two men. Love in any form is perhaps the basis of every story and I have handled such themes in my earlier films." 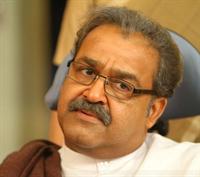 The fans of Mohanlal and the film enthusiasts do not satisfy with these words from the director, we know. That is why we are planning to come with the entire story of the Malayalam Cinema Pranayam. The film which is progressing its shooting on Dhanushkodi and Rameswaram is in its final schedule. The shooting of the climax scenes are now progressing and the entire team will pack up within 10 days. The movie is expected to release on Septemper 8 as an Onam-Ramzan Release of Mohanlal.

Get Pranayam Malayalam Movie Songs Lyrics I'm Your Man. 'I'm Your Man' is an album by Leonard Cohen released in 1988. This album gave Cohen much recognition and was the stepping stone for his successful journey in music.

Pranayam Malayalam Movie: Will the Magic of Blessy-Mohanlal repeat in Pranayam ?

Pranayam, the Onam Offering from Universal Star Mohanlal in the news store for some of its special features. It is the 300th Film of Mohanlal, 3rd film of the star with Blessy, Onam release of Mohanlal in 2011.

Release date of the latest Malayalam Movie from Mohanlal is now confirmed. The movie will released as an Onam Offering from the Universal Star. The movie directed by Blessy have Bollywood ACtor Anupam Kher and Actress Jayapradha in other important roles. Read more to know about latest gossips, updates about Pranayam Movie.

Preview, Story and release date of Pranayam Malayalam movie is given here. Pranayam is the Mohanlal’s movie and will be released during Onam and Ramzan season. Pranayam is directed by Blessy. Cast and crew of Pranayam are also included here.