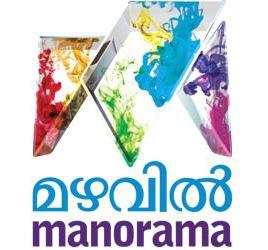 Here is happy news for all malayalam channel viwers. The much expected entertainment channel from Malayalam Manorama named as 'Mazhavil Manorama' will start rolling with a couple of days. As per reports, the channel would be an Onam gift for Malayalis. Even though the date of channel's official launch is not yet declared, as the logo is being launched, it's sure that the channel will be aired on or before 9th September (Thiruvonam).

Malayala Manorama being one the trusted brand name in kerala has truly brought a new culture. After dominating the print media, manorama managed to make a leap forward by entering the visual media with the news channel, 'Manorama News'. The new entertainment channel (Mazhavil Manorama) being the dream project of the family, would really bring a tough time to the leading channels like Asianet and Surya TV.

Mazhavil Manorama- The next choice

The channel has a bunch of unique programs which is expected to compete with those programs running on different channels presently. Let us have a look at some of the unique programs from Mazhavill Manorama.

• Serials have now become a part of malayali families. So to go according to the popular interest, the channel will bring five serials which are being created by the prominent serial makers in kerala.

• The channel is likely to get copy right for telecasting fresh movies. Let us wait for the inauguration day, a big bang will happen.

• At present the channel is on the final touch of two reality shows, one music reality show and a reality show for family. The much popular presenter 'Sreekandan Nair', who had not been in lime light for a long while, will be appearing as an anchor of one of the reality show with 'double power'.

Adding more colours, the channel has a handful of specialized technicians which would really boost the performance of the channel. Let us wait for the day- the day of launch of malayalis own channel- Mazhavil Manorama.

Nikesh Kumar is back with his new malayalam News Channel Reporter which is slated to be launched on may 11 2011,before the Kerala Assembly Elections results.

Nikesh Kumar's Reportor TV ready to be launched on May 11,2011

Nikesh Kumar's Reportor TV is all set to be launched on May 11,2011. Reportor TV will be Kerala's first High Definition News Channel. Nikesh Kumar's new channel reporter is expected to creep into the minds of malayalees.

Reporter TV, Nikesh Kumars new Malayalam news channel will be launched on 11 may 2011.Reporter TV is the first HD television channel that is launched in Kerala. Reporter TV owned by Indo-Asian News Channel limited is having an initial investment of 15 crores. Prominent writer of Malayalam Literature Shri M.T Vasudevan Nair is the Managing director of Reporter TV. the New channel will on air by 10.30 am on 11 may, the launch of the Reporter TV will live web casted on the official site of the channel

One more channel to keep the viewers chained to the television sets.