After his hit movie Mummy and Me, young director Jithu Joseph announced his new project with Dileep and Mamta Mohandas in lead roles. This is the third film of Mamta and Dileep in a row- Ranjith Shankar's Passenger, Syamaprasad's Arike and now My Boss. The film will tell the story in the backdrop of I.T. Field. Dileep plays the character of a young software professional while Mamta will appear as his boss in My Boss. As the title suggests, the film should be an interesting one with Salimkumar, Saikumar, Lena, SureshKrishna and Valsala Menon playing the other important roles. The director himself is writing the script of My Boss which will starts its shooting soon in Mumbai and various locales in Kochi. 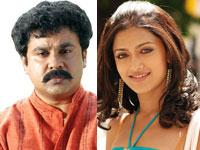 My Boss is produced by East Coast Vijayan under the banner of East Coast Communications. The film is cinematographed by Anil Nair. The music department will be handled by Sejo.

My Boss is the third film of Jithu Joseph whose all earlier movies got critical and box office success. He call the shots through Suresh Gopi starrer Detective, an investigation movie which gave him a big good debut in the film industry. After that he came with his family entertainer Mummy and Me which told some social relevant message in the backdrop of a small family. In his third venture, Spider Kerala team wishes Jithu Joseph and the crew All the Best.