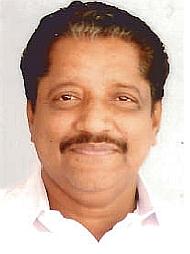 T M Jacob leader of Kerala Congress and the Food & Civil Supplies Minster of Kerala in the UDF Government passed away today, 30th October 2011 at a private hospital in Kochi. Representing Piravam constituency as an MLA he was serving as the Food & Civil Supplies Minster of Kerala under the Oommen Chandy led Ministry elected in May 2011. Being the former minister of Kerala, Mr Jacob had made creative changes in the education sector of Kerala. As a prominent politician in Kerala who had been active in Kerala politics for around 40 years, Mr. T M Jacob had been one the most energetic leader who had been the most corruption free politician admired by the people of Kerala. He was the leader of Kerala Congress(Jacob).

T. M. Jacob, the famous politician was born to T. S. Mathew & Annamma Mathew in the year 16 September 1950. His political party is kerala congress(J) group. Another important fact is that in the 2011 Kerala assembly election, T. M. Jacob won the piravom constituency.