It will be good news for Prithviraj fans as Kerala's heartthrob has signed his first Hindi film named Aiyya. The producer of this film is Anurag Kashyap, a Bollywood film producer announced to media that in his next film Aiyaa, the pairs will be Rani Mukerjee (plays the role of a Marathi girl) and Prithviraj (plays the role of a Tamil artist). The film is directed by Sachin Kundalkar who is a Marathi film director and a National Award winner. After seeing Prithviraj's Urumi, Anurag Kashyap and his team were highly impressed with him. Earlier, Prithviraj had rejected a couple of opportunities from Bollywood, but the latest news about Malayalam Actor Prithviraj reveals that he has interested in the subject of Aiyaa and he has signed for this film. The discussion of this movie is taking place in Mumbai. We can expect this movie on big screen in 2012. 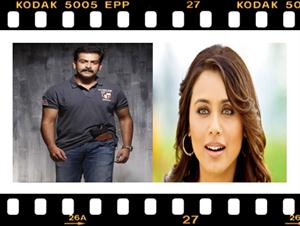 The Bollywood producer Anurag Kashyap, who is planning to make a film like Dev D has titled his movie as Aiyya. Through the movie Aiyya prithviraj is introduced into Bollywood. The producer who has impressed with Prithviraj's Urumi decided to make a film with pairs of Rani Mukerjee and Prithviraj. The direction of this film is handling by Anurag's assistant Sachin Kundalkar, who is a Marathi film director. Prithviraj is popular actor in south India, and he is well known by Bollywood viewers through his some famous movies like Urumi and Raavanan. Through the film Urumi Prithviraj wins a place in the hearts of audience from worldwide. The movie Urumi is ancient story based on the tale of Portuguese explorer Vasco Da Gama, who was arrived in Kappad, Calicut in 1498. Through this movie Prithviraj proved his talent in film industry. It was also a chance for Prithviraj to impress the audience from worldwide.

The actress Rani Mukerjee is a famous Bollywood actress, and she acted mainly in Hindi films, most of them are strong characters. The Bollywood producer Anurag Kashyap impressed with Ranimukerji through her latest film Sanjay Leela Bhansali's Black, he believed that Rani Mukerji is a best suitable actress for his upcoming film Aiyaa and he decided to post her in the role of a Marathi Girl.

Prithviraj's entry into Bollywood is happy news for Keralitis, his Bollywood movie is not only a love story, and it is also funny and quirky love story. According to the information from various source revealed that Prithviraj liked the script of this movie and he agreed into doing it. The Bollywood film Aiyya is a funny and quirky love story of a Maharashtrian girl with Marathi background, the Bollywood actress Rani Mukerjee is plays the role of Maharashtrian girl. Before Prithviraj, the south Indian superstars like Vikram, Suriya and Sudeep have already debut their career in Bollywood. Bollywood viewers have accepted their talents and have won the hearts of North Indians. Like these superstars Malayalam young artist Prithviraj is going to debut in Hindi Film named Aiyya and too expected to win the hearts of North Indians.

For past few months the Bollywood talented actress Rani Mukerji was choosier in selecting her roles, but now we have heard good news that the Rani Mukerji has signed with the director Sachin Kundalkar in his upcoming film named Aiyaa. The film will be a new experience to the viewers. The film 'No One Killes Jessica' was the last movie of Rani Mukerjee for these days and she is currently working in a Bollywood movie named 'Dhuan',as Aamir Khan and Kareena Kapoor are co working with her in this movie.

Rani Mukerjee is more exiting about this movie Aiyaa and few days before she told media that the film Aiyaa is a production of Anurag Kashyap along with Viacom 18 and directed by a Marathi director Sachin Kundalkar. The Kollywood and Mollywood actor Prithviraj will plays the opposite role of me, it is a quirky and funny love story and I am playing the role of a Maharashtrian girl and Prithviraj is playing the role of a south Indian painter boy and 'I am very excited' about the film she told media.

Prithviraj is a famous talented Malayalam film actor. He was born in Trivandrum in 1982 as the son of Malayalam actor Sumkuaran and actress Mallika Sukumaran. He has a brother Indrajith (actor) and a sister-in-law Poornima Indrajith (actress). Prithviraj has made his debut in Malayalam film named Nandanam in 2002. Following this film he has got lot of power full characters in malayalam films and since acted in more than sixty films. He has also made his debut in Tamil through the film named Kana Kandaen in 2005, and then he has worked with more than seven movies in Tamil. Prithviraj has won the Kerala State Film Award for best actor performance in a Malayalam film named Vaasthavam (2006. More than actor he is also a film producer, he started his production company named August Cinema with Shaji Natesan and Santosh Sivan. The famous Malayalam movies like Urumi and Indian Rupee are the products of August Cinema. The Malayalam actor Prithviraj Sukumaran has already debuted in Telugu through the film Police in 2010.

The upcoming Hindi film Aiyaa is written and produced by Hindi film producer Anurag Kashyap. According to the latest report this movie will come in various languages like Malayalam, Hindi, English, Marathi, Tamil and Telugu versions. The music of this movie will be handled by Amit Trivedi and the lyrics are written by Amitabh Bhattacharya. The singers are Monali Thakur, Sneha Khanwalkar and Amitabh Bhattacharya. Choreographer Vaibhavi Merchant will be handled the choreography of the songs. The story of this movie is based on a Marathi girl (plays the role by Rani Mukerji), who loves a Tamil painting artist (plays the role by Prithviraj Sukumaran). The movie says their funny and quirky love story with the background of West- South cultural quarrel. Two languages are used in this movie ie; is Tamil and Hindi. For this movie Prithviraj is dubbing himself. Aiyaa is also the debut bollywood movie of the National Award Winner Marathi film director Sachin Kundalkar. The bollywood film Aiyaa has started its shooting in October first week and expected will continue till December 17th 2011. The shooting locations selected for this movie are Pune, Lonavala and Mumbai.